Nicolas Winding Refn‘s Drive, was recently named the best film of 2011 by the Sound On Sight staff. It seems the folks over at the Alamo Drafthouse agree named it their favourite. With the film now released on Blu-ray, Ken Taylor of Mondo has created a slick new poster for the film.

The poster goes on sale today a random time. Find out when by following @MondoNews. 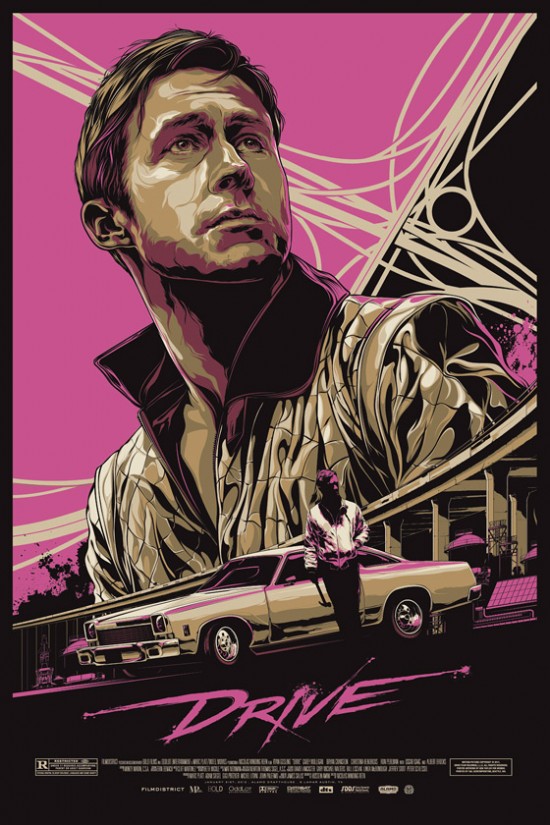