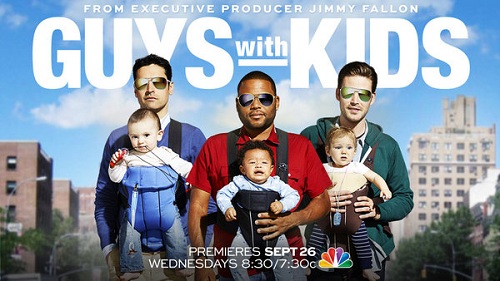 September is here and with it, the new fall TV season. After the success of last year’s New Girl, which was released online weeks early and garnered huge ratings for its premiere, FOX and NBC have released several pilots via their websites and Hulu. So while new TV is still a week away, enterprising fans have the opportunity to dip their toes in and decide how they want to spend their viewing hours during the coming weeks. Here are capsule reviews of each show currently available online, along with a couple more that will be premiering over the next weeks.

The New Normal centers on the makeshift family of Bryan (Andrew Rannells) and David (Justin Bartha), a happy couple who decide to have a baby, and Goldie (Georgia King), the surrogate they hire. Goldie quickly becomes part of their life, along with her young daughter Shania (Bebe Wood) and mother, Jane (Ellen Barkin). The series was created by Ali Adler and Glee (and American Horror Story)’s Ryan Murphy and is a fairly traditional sitcom, despite the premise. It features a likeable cast and is pleasant enough and Nene Leakes deserves a special mention- as Rocky, Bryan’s assistant, she acts as a much-needed counterbalance to the overabundance of sweet in the pilot. If the show can move away from the painfully clichéd bigoted grandmother character (such a waste of the fabulous Ellen Barkin!) and focus on the other interpersonal dynamics, The New Normal has the potential to become a solid, enjoyable comedy.

It’s all there in the title- this sitcom, co-created by Jimmy Fallon and Charlie Grandy, is about three men with small children, each in a different familial situation. Anthony Anderson is Gary, a married stay-at-home father of four, including twin toddlers, Zach Cregger is Nick, a married father of one, and Jesse Bradford is Chris, a divorced father of one. Despite a fairly strong cast – these actors have all been good elsewhere – this show is weighed down by annoyingly broad and well-trod plotting and dialogue. There’s nothing in this pilot viewers won’t have seen before and, while this pilot may play well to a certain demographic looking for an unchallenging laugh or two, there’s little in it that separates Guys with Kids from the rest of the mediocre comedy landscape. 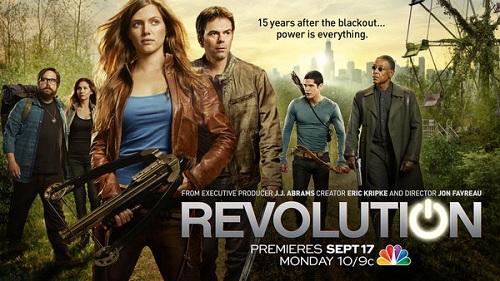 Set 15 years into a world without technology, Revolution follows a young woman and her friends and family as they search for her brother. This pilot screened at San Diego ComicCon, but a few changes have been made between that version and the one that will be airing in a couple weeks. The most significant change is the recasting of the protagonist’s mother, Rachel Matheson, from Rescue Me’s Andrea Roth to Lost’s Elizabeth Mitchell. Both are excellent actresses; their performances are nearly identical in the pilot, so clearly there will be more to come from the character down the line. Despite the addition of a disappointingly exposition-heavy bit of narration, the pilot feels mostly unchanged and remains the most interesting and successful pilot of the year (that I’ve seen so far). Check out my post from ComicCon’s Preview Night to see my full review. 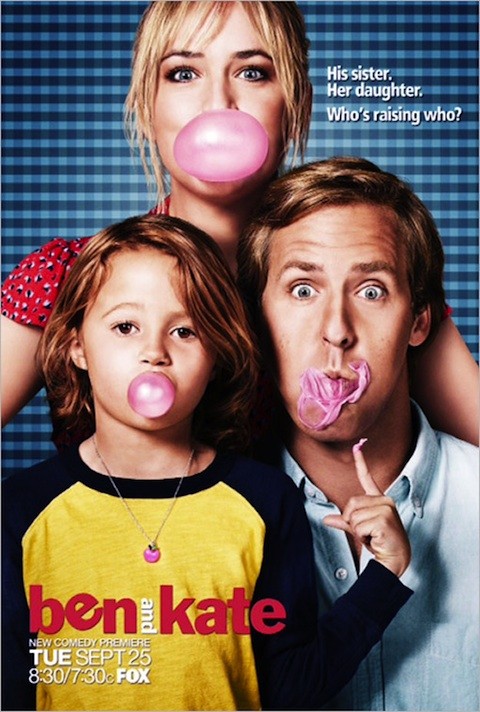 Kate Fox (Dakota Johnson) is the single manager of a bar who has most of her life together, including daughter Maddie (Maggie Elizabeth Jones), when her irresponsible older brother Ben (Nat Faxon) breezes into town and shakes things up. Joined by friends BJ (Lucy Punch) and Tommy (Echo Kellum), the gang will undoubtedly get into misadventures each week while Ben teaches Kate to have more fun and Kate teaches Ben to be a little more responsible. This is an utterly tired premise, but thanks to an entertaining cast, Ben and Kate manages to make it work fairly well. For many, this is the highlight of the new fall comedies, but it wasn’t particularly successful for this critic- the comedic beats are too familiar to deliver any actual laughs. However, pilots are notoriously poor indicators of what a sitcom will end up as after a few tweeks, so given the strength of the cast, Ben and Kate may be worth sticking with for at least a handful of episodes. 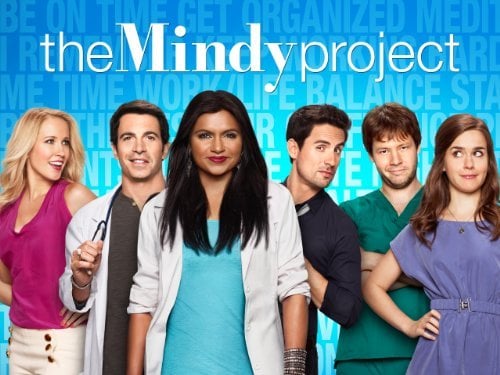 Created by and starring Mindy Kaling, The Mindy Project centers on single OB/GYN Mindy Lahiri who probably watched too many romantic comedies as a child and views her life through this lens. Mindy is good at her job and a mess personally, but unlike other shows with similar protagonists, she brings the same playful personality to both aspects of her life. Her coworkers, long-term love interest Danny Castellano (Chris Messina) and current Friend With Benefits Jeremy Reed (Ed Weeks), are appealing enough and though the fabulous Richard Schiff will not be continuing past the pilot, Stephen Tobolowsky will taking over as the practice’s head physician. While this pilot is less sure of itself than one might hope, the show is charming and Mindy Kaling is utterly likeable, bringing just the right touch of sadness to keep her character balanced. It’ll take a few weeks to see if The Mindy Project grows into the show it has the potential to be, but that potential alone is enough of a reason to tune in. 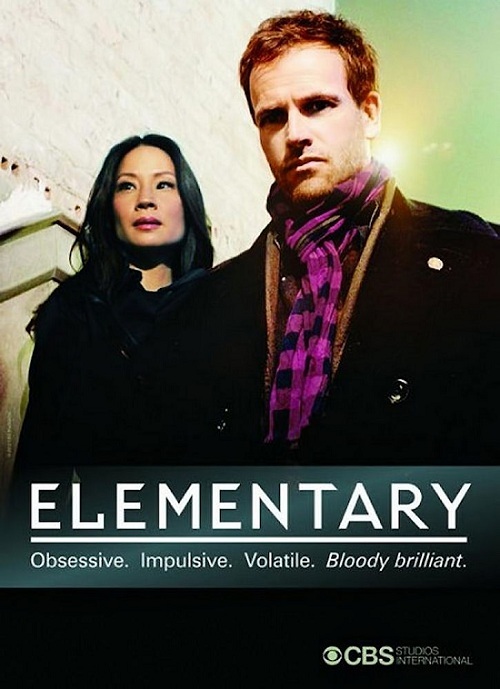 Sherlock Holmes is out of rehab and living in New York. Perhaps the easiest of the fall pilots to describe, Elementary is a fairly straight-forward modern American adaptation of the Sir Arthur Conan Doyle detective. The twists, for lack of a better word, are the setting, New York City instead of London, and Watson, who’s now Jane instead of John. Lucy Liu is predictably solid as Watson and Jonny Lee Miller does fine as Sherlock, a difficult character for any actor to put their stamp on, given that he’s the most portrayed character in movie history (over 75 actors in over 211 films). Unfortunately, Elementary falls prey to the same predictable problems most network procedurals currently do- the recognizable guest star is the killer, the suspects confess at convenient points rather than shutting up, and the case is disappointingly simple.

Holmes has another particular stumbling block- inevitably, he ends up monologuing all the details he’s noticed that have led him to his conclusion. The BBC’s Sherlock neatly sidesteps this by using text onscreen to show the audience Holmes’ process, but that’s not the case here. Another potential red flag is the filming of the murder of the week, which opens the episode. The camera settles into it, holding the moment and almost enjoying it in a continuation of an increasingly disturbing trend in procedural television. Procedural fans will probably enjoy Elementary and those looking to add another detective show to their slate should be well-served by it. The pilot promises further exploration of both Holmes and Watson and though there are many ways this could have gone very, very wrong, Elementary doesn’t. If you’re curious, check it out; it’s worth looking into. However, this critic will be sticking with Sherlock for her Holmes fix.

Looking for more 2012 pilot talk? Check out my take on the SDCC pilot screenings of 666 Park Avenue, Arrow, Revolution, The Following, and Cult and fellow contributor Deepayan Sengupta’s reviews of Animal Practice and Go On!