Marvel’s presence at Baltimore Comic Con was low tech and fairly quiet with no slides or big announcements, but fans in the audience got to ask a variety of questions to Marvel’s creative talent from stupid ones like “Is the new Thor a lesbian?” to ones about the fates of various characters, the amount of creator/editorial interplay in different titles, and why digital comics cost as much as print copies. The panelists were Senior Vice President of Publishing Tom Brevoort, writer Charles Soule (She-Hulk, Death of Wolverine),  writer/artistJim Starlin (Thanos: Infinity Revelation), inker Mark Morales (Infinity, Original Sin), and writer Mark Waid (Daredevil). 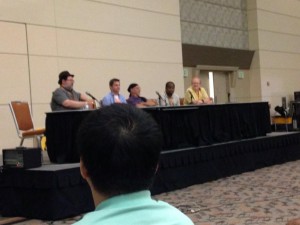 Before the panel began, Tom Brevoort told the audience that it was Marvel’s comics, not their films, cartoons, or merchandising, but there will still quite a few questions about various things like this from asking if Marvel Studios would ever buy Spider-Man back from Sony to the fate of the Deadpool film. (Whose rights are owned by Fox.) However, another prompted Mark Waid to talk about his upcoming Princess Leia miniseries with Terry Dodson. Waid described Princess Leia as his favorite Star Wars character, and that his comic was set after the destruction of the Death Star and would have Leia dealing with the ramifications of being a “princess of nothing” because her home planet of Alderaan has been destroyed. However, because she’s a character with a sense of responsibility, she decides to look for the remaining Alderaanians in this series. Tom Brevoort teased several future storylines in his usual mysterious way by saying that the broken space/time continuum in age of Ultron would still have fallout in 2015, the Punisher would continue to interact with characters from Nathan Edmondson’s other books like Black Widow, Deathlok, and more supervillains, and that if fan feedback and demand is high enough, Howard the Duck could get his own series. He also neither validated or denied the tumors that the critically acclaimed Elektra book was cancelled. 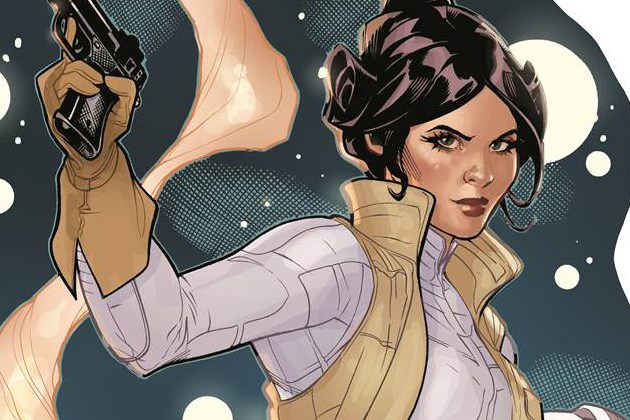 A few of the questions were about the editor/writer interplay at Marvel. a fan asked if Hawkeye was meant to be a “limited” series, or having a set number of issues. Brevoort said the decision to end Hawkeye after Matt Fraction and David Aja finish their run was made because the book had become about their vision of the character, and he didn’t want another creative team seeming like a cover band. Waid also talked about his positive relationship with the “editorial trolls” saying that at Marvel there is less editorial scheming, and more writers doing what they are passionate about, like Charles Soule on She-Hulk and Greg Pak on Storm. It is not as “top-down driven” as some other places he’s worked, and some of the best book ideas come from writer/artist jam sessions.

The theme of reader demand circulated around the panel answers with Brevoort answering a fan question about the Avengers and X-Men books “cannibalizing” other titles’ sales by saying that the type of titles depend on sales and reader demand with even some books with the titles with Avengers branding getting cancelled. He applied this principle to the increasing price of comics and said that new digital comics will have the same price as physical copies so that retailers don’t suffer and pointed to Comixology sales and Marvel Unlimited as a cheaper way to get Marvel books.

Towards the end of the panel, a fan asked Soule about the Death of Wolverine,  and how long he’s going to stay dead. Soule said that Death of Wolverine is not just another Wolverine story and praised Steve McNiven’s art before saying that there are no plans to bring him back in 2015 just yet. The panel ended on a good note with a fan remarking on the growing diversity of Marvel’s comic characters, such as Kamala Khan and Miles Morales, and Brevoort said that he wanted Marvel’s characters to acknowledge the real world we live in and not just include the “white bread” characters created in the 1960s.