Pleats are used on pants and skirts for added effect.  They’re more common skirts as you’ll see below where we showcase a variety of skirts to illustrate the different types of pleats.

Pleats were used in apparel during ancient Egyptian times… and perhaps beyond that (although ancient Egypt spans thousands of years across the periods so that goes way back).

While pleats in some form or fashion are in style with skirts, pleats on pants come and go.  I prefer flat-front pants but that may change for me.  I’ll say one thing about pleats and that is they make pants more comfortable because they create space.

When you shop for skirts or pants you’ll see references to different pleats.  This article will set you straight as to what those different pleat names mean so you know what to look for. 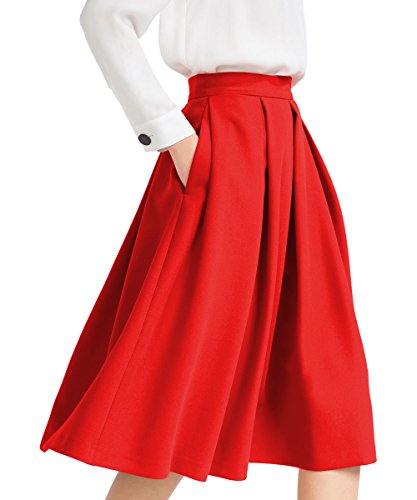 A pleat is simply a type of fold that is formed by doubling fabric back on top of itself and securing it. This is done to give a wider piece of fabric a more narrow circumference. A pleat is in the category of “pressed”, as it is ironed or heat-pressed into a sharp crease, or unpressed, with softly rounded folds. Any pleat that is sewn into place is called a “tuck”. Depending on where the skirt is pleated; At the hip, waistline, bottom, etc, the skirt will emphasize a different part of the lower body.

Box style pleat skirts started to gain popularity around the 1940’s. Women’s fashion was becoming more playful and exaggerated, and the box-pleated look gave a fuller and more voluptuous look. However, with today’s wide array of skirt styles to choose from, the box pleat has a stiffer, more, well, boxier fit.

Box pleats are made by folding a piece of fabric back over onto itself repeatedly in order to create a series of pleats. This results in a thicker looking skirt that is similar to an A-line or pencil skirt, but flares out a bit more at the end, making for a more casual, looser fitting version. 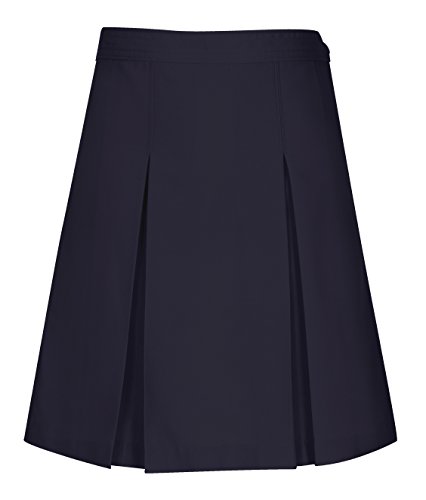 In the 1940’s kick pleats were added onto the back of some of the traditional tighter fitting skirts of the era for easier movement and comfortability.

Kick pleats are a kind of inverted pleat that is on the base of a narrow skirt for the purpose of adding more flow. A skirt that is kick pleated will drape straight down while stationary. but is loose at the bottom. This provides the person wearing the skirt with a wider range of movement. Kick pleats lead up from the bottom of the hem and they are most commonly on the shorter side.

An inverted pleated skirt is made by bringing two folds to a line in the center, either in the front or in the back of the skirt. It can be cut straight at the sides or be somewhat flared. Though most often worn at knee length, inverted pleats are worn from thigh to ankle length. 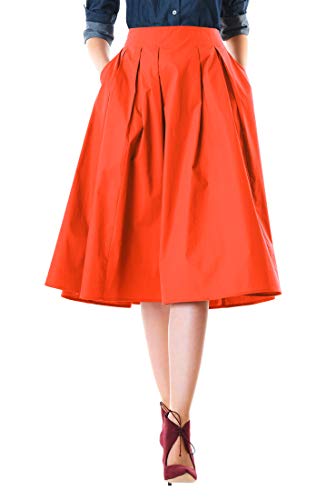 A box pleat is a pleat with two parallel creases facing opposite directions and forming a raised section in between. 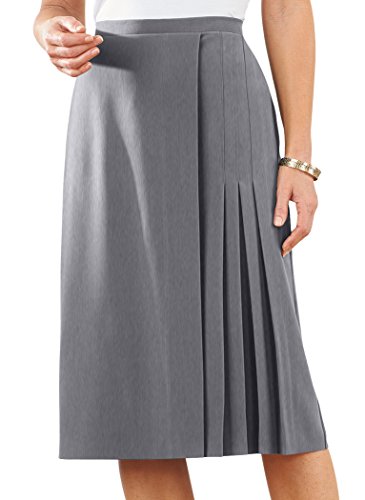 Knife pleats are maybe the commonly worn type of pleat skirts. They consist of two folds of equal width, on the outside and the inside. These narrow pleats go in one direction and typically overlap one another, and are then sharply pressed.

They give the wearer a slim and classy look, while still hanging loosely on the body for comfort and ease of movement. Knife pleated skirts have more versatility than most type of pleats out there, which is why they’re a favorite among skirt aficionados. 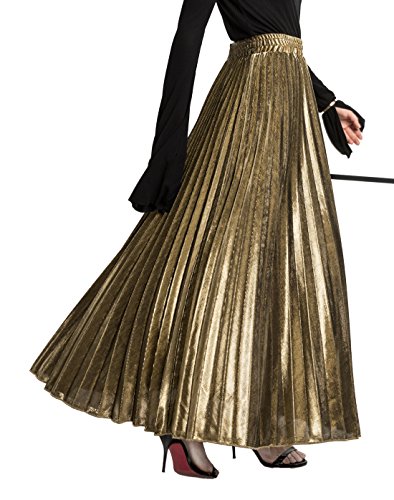 This style of shirt was given its name due to the resemblance it shares with the bellows of an accordion. An accordion style shirt is made with narrow, often heat set pleats that make a zig-zag pattern and widen out towards the bottom. This gives them their other less known name of “sunburst” pleats.

Accordion pleated skirts are both slimming and full, for a balanced and feminine appearance. They form fit well on most body types and frames, coming in various lengths, fabrics, and cuts, making them a go-to skirt style.