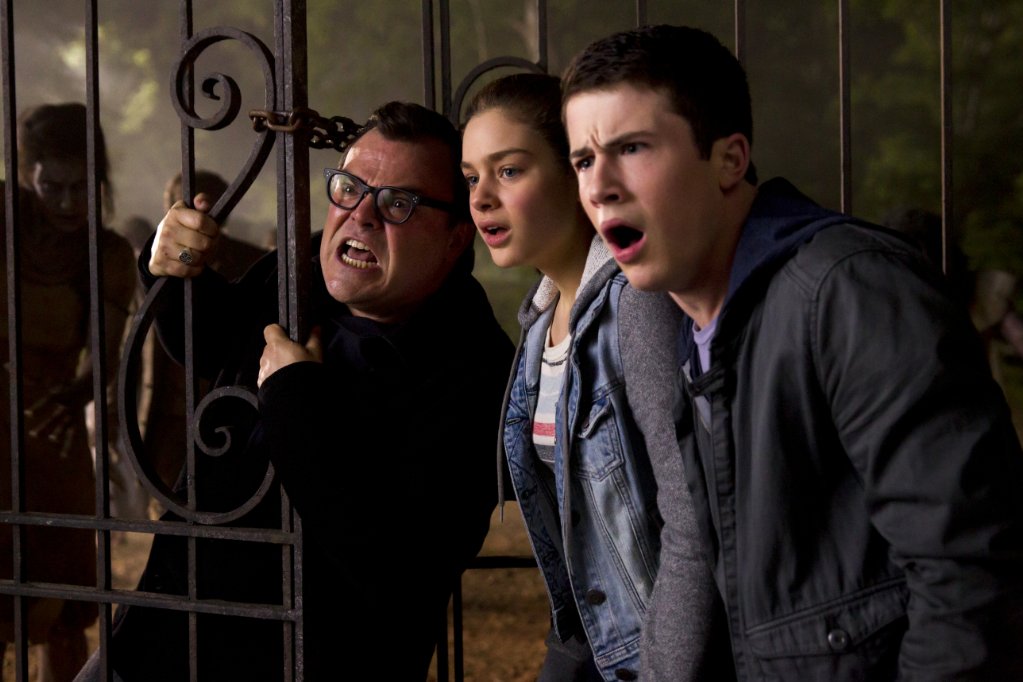 There’s gotta be some Buzzfeed quiz that prompts you to answer how many Goosebumps books you read back in the day. And if you’re a ’90s kid, the answer is probably “many”, if not “at least one”. But in case you are behind on the 62 books in R.L. Stine’s original Goosebumps series, the first trailer for the family horror comedy Goosebumps will help you catch up.

Directed by Rob Letterman (Gulliver’s Travels, Monsters vs. Aliens), Jack Black plays the book series’ author, R.L. Stine himself. He’s kept magical manuscripts of each book that, when accidentally unlocked, unleash all of Stine’s monstrous creations onto the world. Here’s the official synopsis:

Upset about moving from a big city to a small town, teenager Zach Cooper (Dylan Minnette) finds a silver lining when he meets the beautiful girl, Hannah (Odeya Rush), living right next door. But every silver lining has a cloud, and Zach’s comes when he learns that Hannah has a mysterious dad who is revealed to be R. L. Stine (Jack Black), the author of the bestselling Goosebumps series. It turns out that there is a reason why Stine is so strange… he is a prisoner of his own imagination – the monsters that his books made famous are real, and Stine protects his readers by keeping them locked up in their books. When Zach unintentionally unleashes the monsters from their manuscripts and they begin to terrorize the town, it’s suddenly up to Stine, Zach, and Hannah to get all of them back in the books where they belong.

Choose your own adventure and check out Goosebumps October 16. Watch the trailer below: