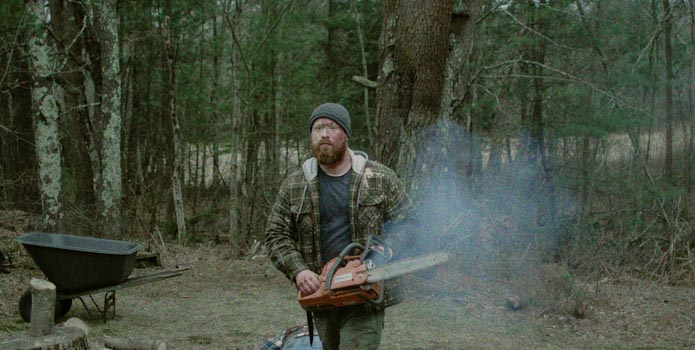 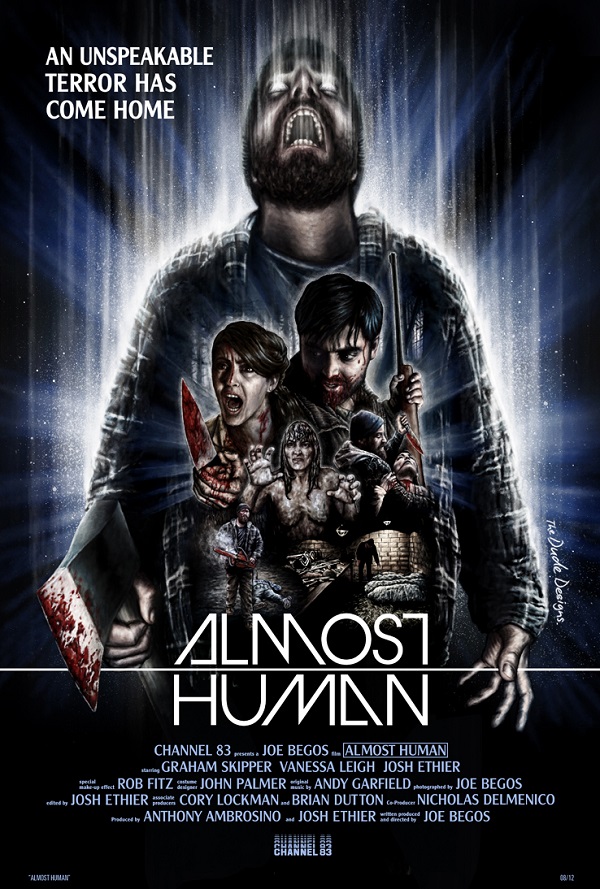 Warning! This trailer is not for the weak of heart. Behold the first incredible poster and blood soaked trailer for Joe Begos’s feature debut thriller Almost Human. Premiering as part of the Toronto Midnight Madness lineup, the film stars Graham Skipper, Josh Ethier, Vanessa Leigh, and Susan T. Travers. This is how you cut a trailer. If the film is half as good, I’m a happy camper. Well done folks!

A quiet night on the outskirts of a small town in Maine is interrupted when Seth (Graham Skipper) witnesses his best friend Mark (Ethier) vanish in a brilliant flash of blue light. Two years later, Seth is still dealing with the fallout from the freaky incident, amid local suspicion that he is to blame for his friend’s disappearance. When a string of grisly murders disrupts the community, Seth believes Mark has returned. Together with Mark’s ex-girlfriend Jen (Vanessa Leigh), he races to find out if their friend is responsible — or if something beyond their understanding is unfolding before them.