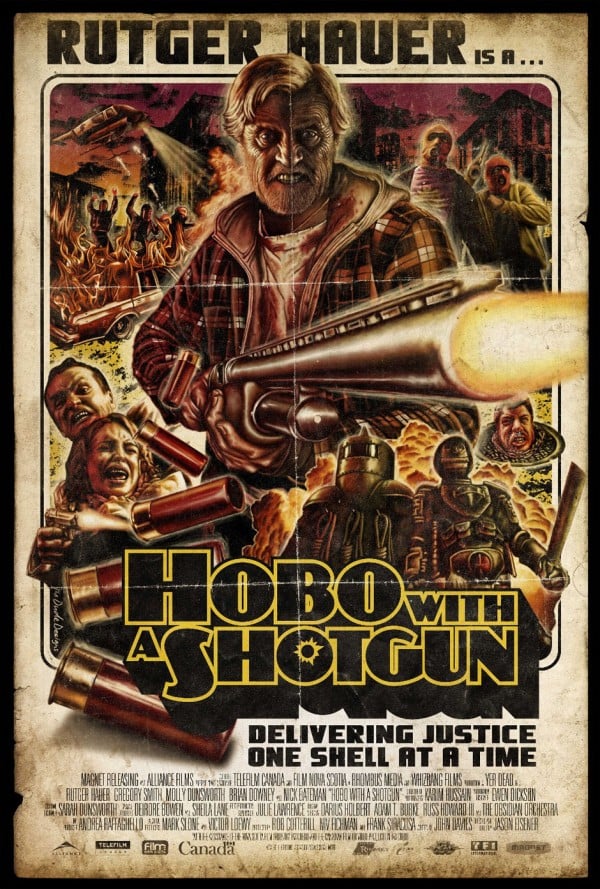 A new poster for my most anticipated film of 2010, Hobo with a Shotgun, has found its way online. I’ve already written all I can about the film, since it hasn’t yet screened anywhere. Check out the trailer here. You can also read about the film and see some great images here. Finally, here is the official plot synopsis for the movie:

A vigilante homeless man pulls into a new city and finds himself trapped in urban chaos, a city where crime rules and where the city’s crime boss reigns. Seeing an urban landscape filled with armed robbers, corrupt cops, abused prostitutes and even a pedophile Santa, the Hobo goes about bringing justice to the city the best way he knows how – with a 20-gauge shotgun. Mayhem ensues when he tries to make things better for the future generation. Street justice will indeed prevail. Starring Rutger Hauer, Molly Dunsworth, Brian Downey, Gregory Smith and directed by Jason Eisener.