If absolutely nothing else, this new poster for the ultra-violent new horror film from director Lex Ortega presents a striking, if a bit messy, image. The film, which has been drawing attention for its extreme levels of violence and gore, even comes with a “Presented By” tag attaching the name of Cannibal Holocaust Ruggero Deodato, which should be enough to draw the attention of gorehounds. This is Ortega’s first feature film, though the Spanish director already has numerous shorts under his belt, as well as a segment in recent Spanish Horror anthology Barbarous Mexico. Given the buzz Atroz is gathering, it wouldn’t be surprising to see it on the lineup for Fantasia 2016 come summer.

Check out the official synopsis and poster below.

Atroz/Atrocious is a film that portrays the story of two serial killers, who after being arrested for causing a traffic accident, police confiscate some videotapes. These tapes contain brutal murders and tortures that show human wickedness, their background, paraphilia and psyche of these murderers. 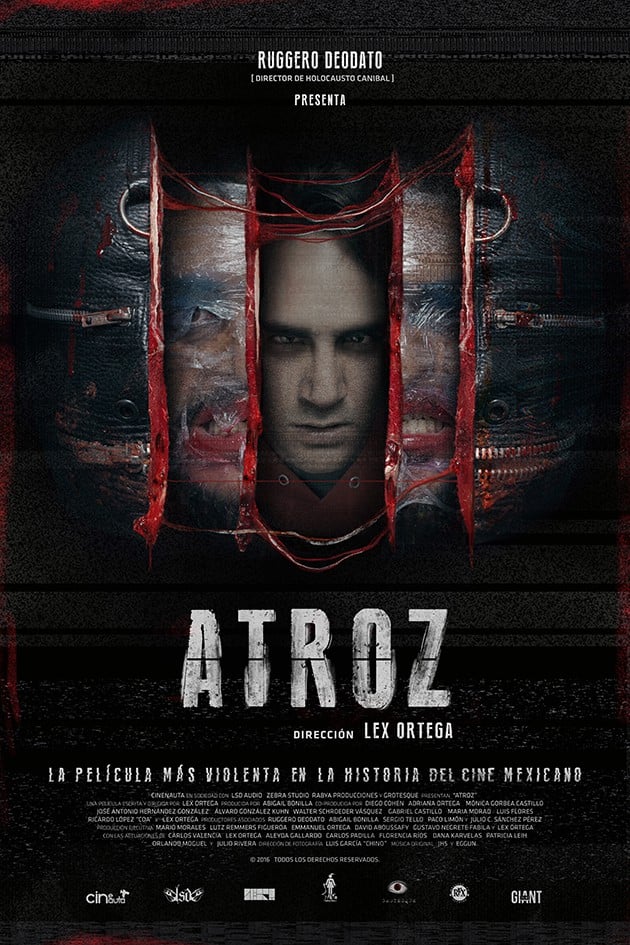