David Williams created these two posters for Thor and X-Men: First Class in his Marvel series. Both posters came in 24×18 inch prints and were limited to a run of only 10 copies, signed and numbered. According to Williams, the X-Men poster design is inspired by the world of 60’s advertising posters through the use of block colours, angled lines and geometric shapes. It hints at some of the movies themes including friendship and betrayal, set against the backdrop of the Cuban Missile Crisis. The shadows cast by the two friends depicts an ‘X’ as a warning towards what the future holds for the world of mutants.

The background image is a modern take on a top secret document that showed the circular range capability of the Cuban missiles. The circular shapes are also iconic of the magnetic fields of Magneto and the telepathy of Professor X.

The Thor poster combines the superheroes iconic hammer with the Nordic legends famous lightning bolt to create a stylish, minimalist feel to the work. The colours are inspired by the Swedish flag as a subtle reference to the Nordic origins of Thor.

The posters were designed as part of a set, but are sold out. However keep checking back on his site since he will be creating more in the months to come. Expect one for Captain America: The First Avenger soon. 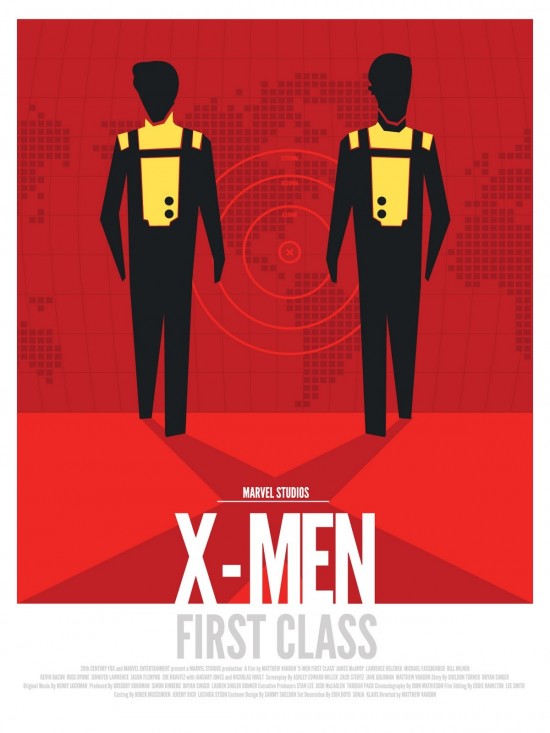