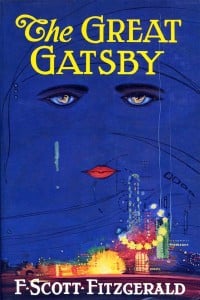 There’s been talk of Baz Luhrmann looking to create a new version of The Great Gatsby for some time, but up until now there have been few signs of progress.

Last week (I have no idea how I missed this) a few new developments came out of the woodwork. First, a casting rumor tweeted by Production Weekly:

Pretty solid cast if I say so myself, though I must admit that I half expected to see Nicole Kidman’s name. The casting is still just a rumor, but there’s no doubt that if this movie is made it will have big names attached.

Next, here’s a quote from Luhrmann on the subject provided by MTV:

“The rumors are out! I’ve got two going. One is a musical and one is a period work, both based in New York City, and I’m about to make that decision. I’ve got the script for both of them and I’m making that decision in four to six weeks, no longer than six weeks,” he teased, adding that “Gatsby” had no plans to add some singing. “Singing ‘Gatsby’? No! ‘Gatsby,’ it is the Fitzgerald book and I’ve been working on that quite a lot. The other one is also New York based and music-driven and it’s just a question of … what is the next right step for me.”

I’m a big fan of Lurhmann’s work and an even bigger fan of F. Scott Fitzgerald’s novel, so I can’t really hide my bias on which one i want him to choose. I guess we’ll just have to wait a few weeks to find out.