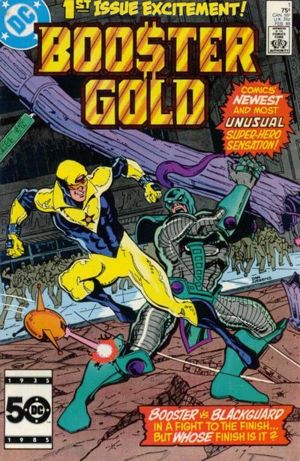 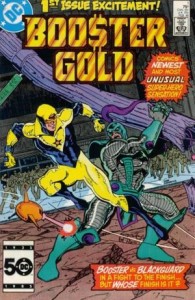 one-hour drama based on the DC Comics franchise. According to THR, Fringe writer Andrew Kreisberg will be writing the pilot.

Created by Dan Jurgens, he first appeared in Booster Gold #1 (February 1986) and has been a member of the Justice League, DC Comics’ all-star team of heroes. He’s the superheroic identity of Michael Jon Carter, a resident of the 25th century who travels back in time to the present day. The character is initially depicted as a glory-seeking showboat from the future, using knowledge of historical events and futuristic technology to stage high-publicity heroics. Booster develops over the course of his publication history and through personal tragedies to become a true hero weighed down by the reputation he has created for himself.

The Hollywood Reporter describes the series as so:

The story will center on Booster Gold, a washed-up athlete from the future who travels back to the present in hopes of becoming the greatest super hero of all time. Instead of chasing criminals, however, his main priority is chasing fame and money. But Booster Gold discovers that being a hero takes more than just a megawatt smile, and that the future doesn’t happen without first protecting the present.

Smallville fans will remember that Booster Gold appeared in the 10th and final season, where he teamed with both Clark Kent and Blue Beetle.