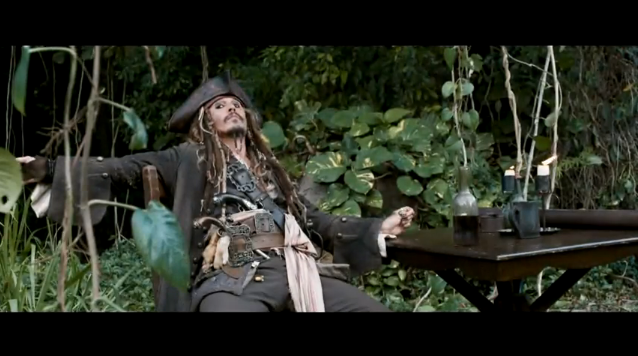 Whisperings and rumors of Captain Jack Sparrow’s next adventure to find the Fountain of Youth was teased this weekend at the San Diego Comic Con for the new movie Pirates of the Caribbean: On Stranger Tides. Even if it weren’t not true, you wouldn’t be interested in viewing would you? He proposes the dangers of zombies, cutthroats, mermaids, and of course Penelope Cruz. I am pretty excited to see this movie, unlike others who were left with a bad taste in their mouths after the last two films, but I can side with that as well. That doesn’t make me run away from the franchise, as I still love the world that Jerry Bruckheimer created in the first Pirates of the Caribbean movie. Nothing new was really revealed in this teaser other than that it was presented in 3D at the con, but was released in 2D online obviously. The new movie is being shot in 3D so that will give new depth to the pirate world.

Johnny Depp looks to be in prime form as Jack Sparrow, who in my opinion is one of his best character roles, since his are so limiting. This looks like it could be a great viral campaign if they can do it correctly as he suggests he needs a map, although he had one at the end of At World’s End.  Depp is followed by Ian McShane who plays the infamous Blackbeard, Penelope Cruz as Blackbeard’s daughter, Geoffrey Rush reprising his role as Captain Barbosa and many more! Check out the teaser and be sure to catch the film when it comes out May 20, 2011!