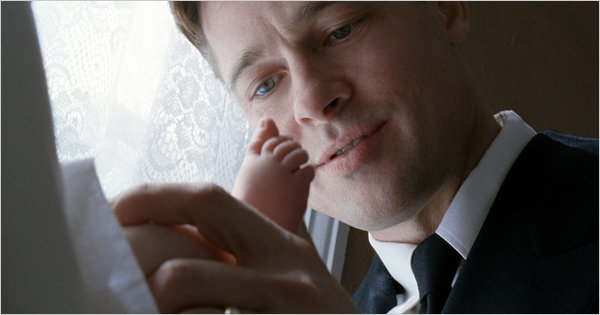 Film people (this writer included) tend to be jaded and bitter, always ready to scoff at teenagers who can’t wait to see the next Twilight or are counting the days to the new Batman movie. Yet, film catnip such as a new Terrence Malick makes even the most serious filmgoer wait and gasp at the sight of a ticket for The Tree of Life. That’s why it was very shocking to hear the booing at the press screening, among, yes, a few applauses and mostly baffled silence. It was going to be impossible to survive such hype to any movie, let alone one with such flaws as the fifth film in 40 years directed by the maestro.

Yes, it is one of the most stunning achievements in image and sound in the medium’s history; unfortunately it is so ambitious and almost every frame is loaded with such heavy symbolism, that its discourse becomes completely unintelligible. There is something about love being the tree of life or something like it, but then again, who knows.  Somewhere in there there’s a story of a family in the 50’s; the strict father (Brad Pitt) is trying his best but sometimes he comes across as an asshole, there is a stoic mother and three children, one of them will grow to be Sean Penn (though he is present for only about seven minutes of the movie). Around them there are flowers, clouds, volcanoes, a foetus, more clouds and a couple of dinosaurs. Everything is stunningly photographed (it will finally get cinematographer Emmanuel Lubezki his way overdue Oscar) but it ultimately feels like something is missing.

Who would’ve ever thought a few weeks ago that The Tree of Life would disappoint so many and the new film from the director of Brice de Nice and the Bond spoofs OSS117 would be so loved? Indeed, The Artist, from director Michel Hazanivicius, has been a great pleasure of the festival. A good old-fashioned romantic comedy, so old-fashioned that is black and white and silent, The Artist chronicles the rise of an actress and the fall of a leading man as silent Hollywood starts to embrace sound. Lovingly crafted (even the screen ratio is 1.33, like most Rudolph Valentino movies), smart and geeky without being pretentious,  the movie reminded the audience that it is okay to enjoy movies and there is no shame in it.

That is not the case with the two films that have caused the most walk-outs this year:  the French L’Apollonide; Souvenirs De La Maison Close (Memories of the brothel) and the Dutch Code Blue.  Memories is set in a Paris bordello at the end of the 19th century, where some very uninteresting whores receive some mildly unpleasant men. It bears every cliché of the French art house movie, though it has some mysterious feeling; however, after a few minutes the only mystery is how Bertand Bonello keeps getting his films financed.  Urszula Antoniak’s Code Blue is this year´s lonely-older-woman-desperate-for-attention film.  After a very promising beginning, in which we meet the protagonist, a nurse who cares for the elderly terminal patients, things go down the drain when we realize that his profession doesn´t really serve any greater purpose, and the nurse starts to do some very objectionable things, more for shock value than anything else.

Objectionable things also happen in the gripping, disturbing Sundance winner Martha Marcy May Marlene, a great first film by Sean Durkin. A girl escapes a cult and tries to adjust back to regular life; she has been so brainwashed that it is increasingly difficult for her (and the audience) to clearly distinguish between memory and reality. Cleverly edited and perfectly acted, Marcy shows that when dark themes are treated without pretentiousness, the results can be amazing.

Finally, the appearance of a Lebanese film is usually a welcome sight and this year, Nadine Labaki’s Where Do We Go Now? was a welcome antidote to Bonello’s whores.  The director of Caramel returns with another sweet comedy/drama (with a few songs thrown in) about a town in which Muslims and Christians peacefully coexist. When the reality of the Middle East threatens to break such harmony, the women (from both religions) take it upon themselves to avoid the bloodshed.  Unfortunately, things in real life are not that simple, but Where Do We Go Now? at least shows that, perhaps, these problems might be resolved in different ways.