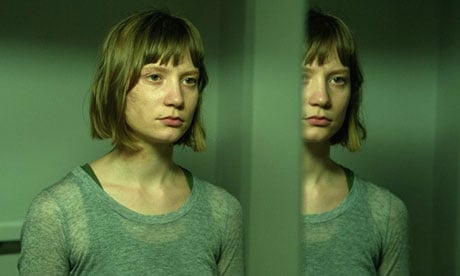 Maps to the Stars

Los Angeles, the city that homes the superstars and studios responsible for mainstream cinema culture, has consistently received its due criticism from those who either reject it or work within it. Look no further than Thom Andersen’s nearly comprehensive Los Angeles Plays Itself to see the town utilized as an easy space for shooting, a battleground for the melodrama of the privileged, and home field for telling stories about the storytellers. The business-driven artistic culture that pervades the town has been satirized in Who Framed Roger Rabbit, The Player, and Barton Fink to the point that a simple update of finger-pointing to the 21st century may be seen as a rehashing. Bruce Wagner’s crazy script for David Cronenberg’s Maps to the Stars instead paints the town as a machine capable of rehashing through its own ghostly presence of the-machine-that-once-was: a cycle so foreboding that it must be spoken of through horror tropes.

The narrative weaves through several stories of Hollywood tropes, all planted firmly in the lost world of ambition and burned-out sensibilities. Stafford Weiss (John Cusack), an advertisement-hogging massage therapist selling self-help mumbo-jumbo, and Cristina (Olivia Williams) dole out their son’s unsettlingly perfect face to a by-the-numbers PG-13-market comedy “Bad Babysitter” and its presently filming sequel. The son, Benjie (a superbly cast Evan Bird), speaks casually about getting out of rehab and hangs around with fellow child-actors who speak derisively of their older colleagues as being “menopausal” for the crime of being 10 years older. His sister Agatha (Mia Wasikowska) arrives in LA forming a relationship with aspirational screenwriter-qua-limousine-driver Jerome (Robert Pattinson as a stand-in for Wagner’s autobiographical detail) and working as an assistant to starlet Havana Segrand (Julianne Moore) all to reconcile a haunting past with her family. Havana’s upcoming part, playing her mother’s role in a remake of the film that gave her family a legacy, brings back her history of abuse, leading to some of the most tonally strange ghost sequences that help tie these tales of plight together. 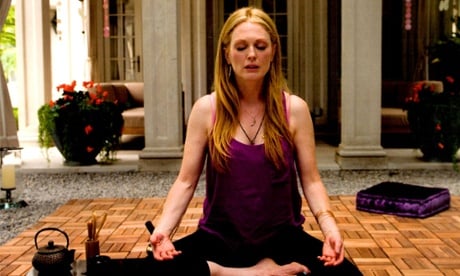 Wagner’s script is full of plotting details, bringing up the past of each character as often as their present is played out, but its ultimate strength lies in its refusal to conduct any sort of message. Wagner knows pure and plain satire within the world of the new LA can be dismissed as weak cynicism — but he isn’t afraid to make nearly every line bleakly hilarious. The dialogue keeps to a strange, alien language that can best be qualified as “LA speak” — a tone of consistent passive-aggressiveness accented with name-drops as often as verbal commas. Any sort of tonal difference implemented is only understood through reference to movies: mysteriousness is answered with “Please, no film noir questions,” — Cronenberg’s specific brand of body-reference even slithers in with Julianne Moore posing “Are my holes better? You wanna fuck my holes?” The humor implemented here is not meant to be a devastating critique against the system, but to provoke a hearty laugh at what kind of culture the system produces.

Cronenberg and Wagner’s LA is a land where everyone says “Ciao”, where laxatives are as common to buy as downers and uppers, and where ghosts may materialize to abuse those who inherited the broken system. It’s a land where Harvey Weinstein is endearingly just called “Harvey — you know Harvey.” It’s insane, rapidly paced, and feels like it could crumble at its foundation at any minute with only a prescription-medication-addled Atlas holding what little is left. It’s also a city filled with nightmares left in its cracks as haunting residue, where everyone’s past in celebrity-driven landscapes ultimately determines their level of psychosis.

The best running visual gag displays a large energy drink in Benjie’s hands at all times. When in a meeting about his 13-year-old image post-rehab, the businessmen sport a healthy cup of water; Benjie’s got his mammoth can. When at a club, talking of petty drama and drugs, his child-star friends sport their choice of alcohol; Benjie still rocks his socially approved upper. Meeting his sister for the first time in years, his one act of hospitality is to offer one of his infinite supply of guarana-filled nightmare juice to which Agatha politely declines. It’s a detail that nicely stereotypes and pokes fun at what Benjie represents. This doesn’t hope to take down the character of Benjie or attempt to manifest any solution or even a coherent problem, but its execution prods an excellent series of taking power from popularity while still acknowledging the broken humans left in the rubble. Wagner and Cronenberg punch then meditate on the state of Hollywood, leaving Maps to the Stars an eviscerating drug-comedy of caution.