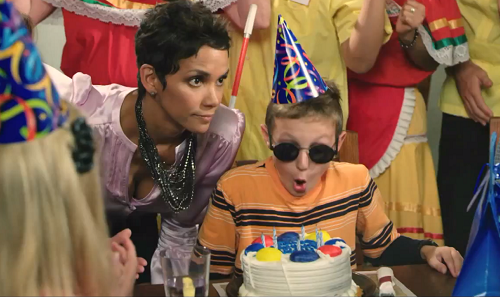 Anthology films have seen a rise in popularity over the last few years, with many notable directors and stars relishing the opportunity to make shorter films that still tell a full story and carry the emotional weight of a full feature.  While movies such as Paris, Je T’aime and New York, I Love You took a city as the common theme amongst all the vignettes, this year’s V/H/S decided to stay within simply one genre, focusing on horror. Along a similar vein is Movie 43, which stays within the comedy genre instead, with a list of directors that includes Bob Odenkirk, Peter Farrelly, James Gunn, and Elizabeth Banks, and a cast that features Emma Stone, Chris Pratt, Anna Faris, Bobby Cannavale, Kristen Bell, Richard Gere, Halle Berry, Kate Winslet, Naomi Watts, and Hugh Jackman. The first red-band trailer, which is NSFW for language and nudity, has now been released, and can be seen below.