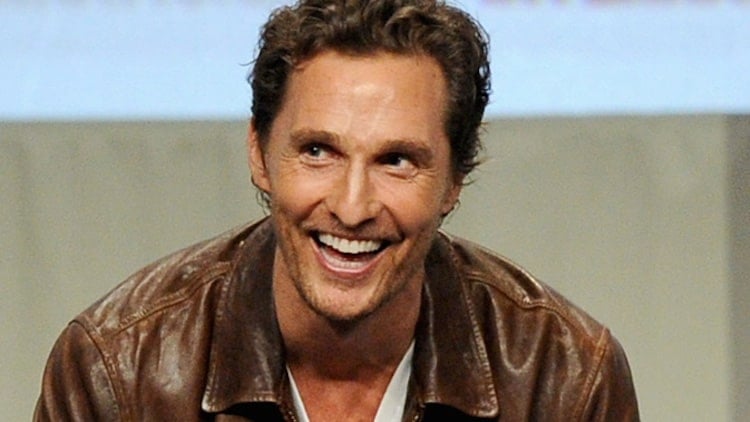 What a strange beast is this man we call Matthew McConaughey. For a long time it seemed like he was unwilling to shake off his frequently shirtless bohemian surfer image, and we seemed cool with that. Then the “McConaissance happened” and it turned out he was a decent actor under neath all that muscle and drawl. And now it’s hard to tell what he’s gonna do next. One day he’s Southern as all get-out, the next he kinda looks like William Fichtner, all made out of cheekbones. Surely I’m not the only one who sees that, right? I mean, I genuinely thought that WAS Fichtner in Wolf of Wall Street for a while. He’s become a wild card, an almost Nic Cage-esque x-factor. No one know where he’ll appear next. And now, some mad soul has compiled a list of him making weird noises in movies, something I don’t think he’s even that well-known for.

And yet, there’s nearly four full minutes of McConaughey making all manner of weird, non-verbal grunts, whoops and noises we don’t even have words for. It’s an almost mesmerizing experience, actually. And even more baffling is the amount of time it must have taken to compile this thing. This editor must have watched every McConaughey movie and show -ever-, or at least the major ones, and noted down the time code for every single weird noise. Can you imagine that? Can you fathom that being your life for however long that took? This poor soul had to watch Tiptoes. This person had to sit through Tiptoes, and then watch even MORE Tiptoes when he edited the footage. Can you fathom that much exposure to Tiptoes? No, you can’t, because like most sensible people, you probably don’t even know what Tiptoes IS. Why? Because it’s TIPTOES.

Anyway, watch the video below.