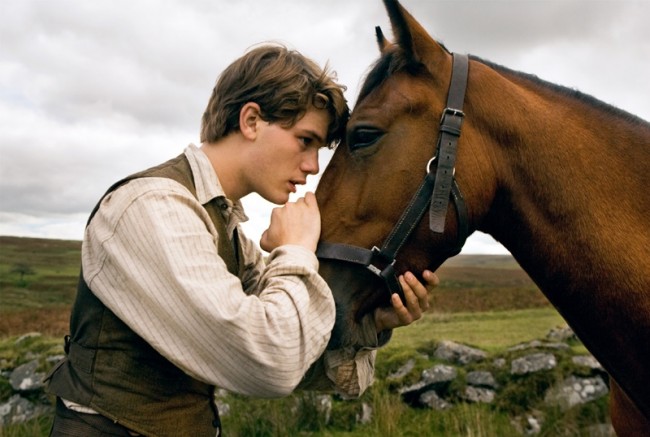 After a bit of time off from directing, Steven Spielberg returns to theaters this holiday season with not one, but two new films: the Tintin film is widely anticipated, of course, but his other new movie, War Horse, promises to be somewhat of an event as well, as it returns Spielberg to the war movie for the first time since Saving Private Ryan. Based on Michael Morpugo’s novel (itself adapted into a stage production in 2007), War Horse is a WWI-set epic that spans the length of the conflict as it follows its titular creature across fronts. Thanks to Touchstone, we have 15 double passes to give away for the Montreal premiere of the film on Thursday, Dec. 8th, at 7pm, at the Banque Scotia theater. To be entered into the draw, simply email admin@popoptiq.com with the subject heading “War Horse.”