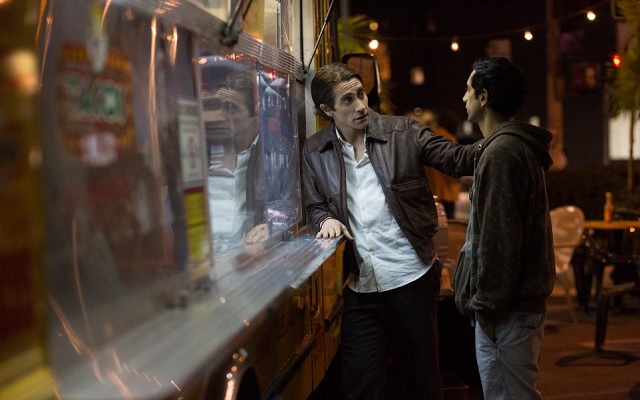 While October is generally associated with traditional horror releases, this month brings a new flavour to theatres, with Dan Gilroy’s directorial debut Nightcrawler making its way to the big screen. With a cast that includes Jake Gyllenhaal, Riz Ahmed, Rene Russo, and Bill Paxton, the movie follows a driven but unemployed individual, Lou Bloom, who discovers the lucrative world of underground LA crime journalism, falling down a rabbit hole that involves the local TV news and the police.

Ahead of the film’s release in Canadian theatres, Elevation Pictures will be holding advance screenings on Wednesday, October 29th in seven Canadian cities. People in Halifax, Edmonton, Calgary, Toronto, Ottawa, Victoria, and Vancouver will get a chance to see the film ahead of the rest of the viewing public.

Want to be one of the lucky audience members of the movie’s advance screenings? Well, like Lou Bloom says, “If you want to win the lottery, you have to make the money to buy a ticket.” Join Bloom on Linkedin and connect with him for a chance to get passes to a seminar on how to get ahead, hosted by Bloom himself.

To be entered into a draw to win passes to an advance screening of Nightcrawler, email us at [email protected] .

Please make sure to indicate which city you live in. Thank you.

Watch a trailer for the film below.