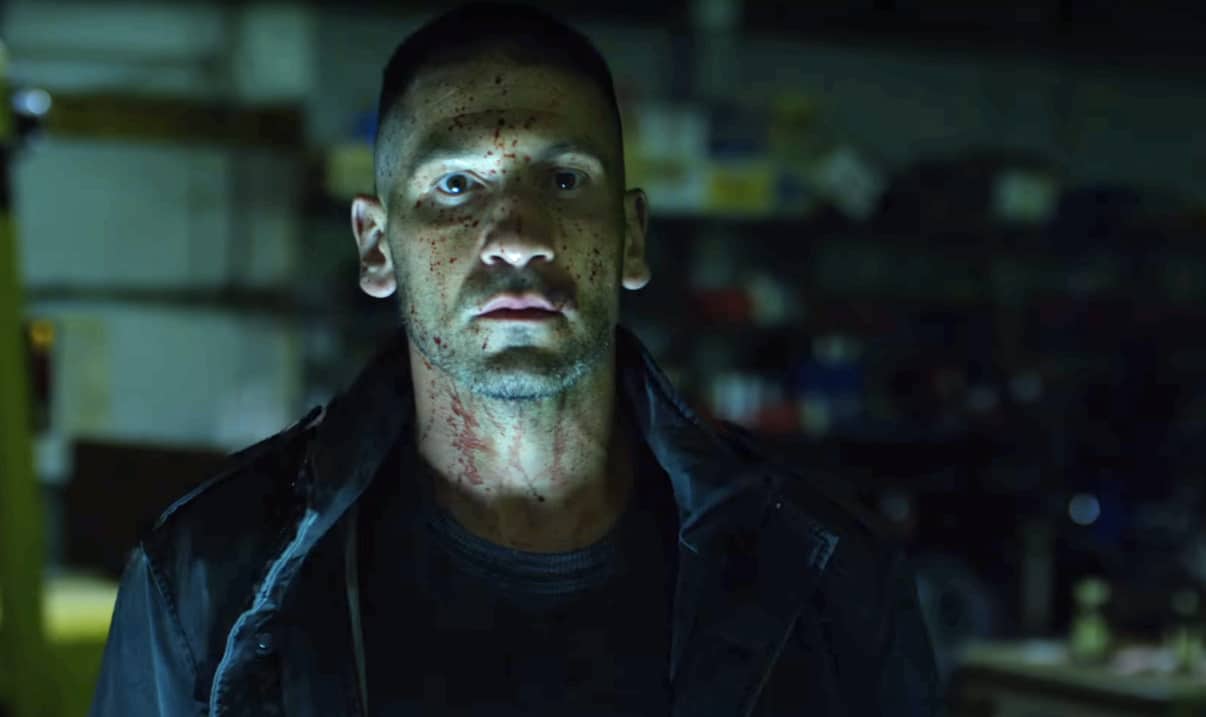 I’ll go on record as being one of the few people who found the first season of Netflix and Marvel’s Daredevil a bit overrated. It felt a bit too long, a bit too serious, and didn’t lean hard enough into the superhero antics that I tuned in to see. And yet, I’m excited for season 2. I don’t know that I’ll watch all of it in one go on Friday, but I’ll definitely start it as soon as I can, and almost all of that anticipation comes from the casting of Jon Bernthal as The Punisher. Getting the Fury and The Walking Dead actor to step into the role of Frank Castle was a pretty smart move, and what glimpses we’ve seen of him in the role so far make it look like he might nail it, especially now that we have confirmation that he’ll done Frank’s iconic skull logo. I just hope the show manages to balance his presence with that of the whole Hand/Elektra plot that will also apparently play a big part of season 2. It would be a shame if partway through the series Punisher disappeared for a while so Daredevil can have a big crazy ninja adventure. And that he wears the skull for more than one scene.

A new featurette about Bernthal, the role, and his character’s relationship with Daredevil hit the web today, and if they’re willing to give his aspect of the story this much attention, it’s probably a safe bet that Bernthal will be a huge part of the series, so my worries are probably unfounded. The short video features one or two new clips from the big “ideological confrontation” scene that we’ve already seen a bit of, where Punisher and a chained up Daredevil argue their respective viewpoints on the nature of vigilante justice, as well as the brawl that comes before (or after) it. The new season premieres in just a couple days, and unless you’ve gone into blackout mode and sworn off watching any more media of the new season, you can check out the new featurette below.