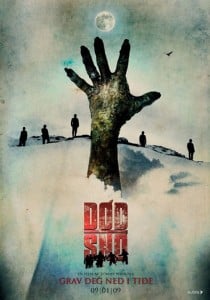 One of the most anticipated horror films of the year is making its Canadian premiere at Fantasia, after blowing minds at Sundance. Norwegian Nazi zombies! Students on holiday make the mistake of playing with lost Nazi gold, causing its owners to return from beyond the grave for it. Carnage in sight! With solid production chops, an inventive script and a savvy blend of humor and violence, DEAD SNOW is going to re-carve the way you think of Norwegian cinema.