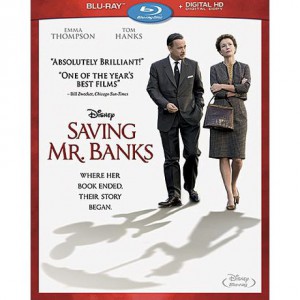 At a couple points during one of the precious few special features on the Saving Mr. Banks Blu-ray, the people on screen, from the film’s director to family members of some of the men who worked with Walt Disney in the 1930s and 1940s, echo the following talking point: Walt Disney was not a nostalgic man, but one who was constantly looking forward into the future. By “talking point,” I don’t mean to infer that this statement is inaccurate, at least in terms of Disney’s public statements. The phrase “Keep moving forward” is part of one of many quotes attributed to the legendary figure, even becoming the backbone of the 2007 animated film Meet the Robinsons. So yes, Walt Disney, at least publicly, was very passionate regarding the future. But hearing this bromide in the middle of a special feature regarding a movie so wholly obsessed with building a shrine to the past is more than slightly hypocritical.

As I watched the supplement in question, called “The Walt Disney Studios: From Poppins to the Present,” I began to consider what Disney’s actual future looks like. Certainly, the Walt Disney Company has come very far from the early days, when Disney and his animators struggled to get by, essentially being bought out on contract by the United States military to help create propaganda during the Second World War. Now, Disney owns Marvel, Pixar, Lucasfilm, and is probably preparing to buy other smaller companies or properties that defined your childhood. It’s hard to avoid the influence or the impact of Disney in popular culture, but how much of their work these days is defined by a hopeful vision of the future instead of a hearty embrace of the past? Hearing Ted Thomas (son of animator Frank Thomas, one of the Nine Old Men) or other sons and daughters of old Disney employees agree that Uncle Walt was a man of the future, one who spurned nostalgia, is somewhat funny, even if it’s true. If you’ve ever visited Disneyland or Walt Disney World, it’s easy to see optimistic futurism infused throughout the various lands and attractions. Though Epcot as a theme park has never approached Disney’s actual intent of building an enclosed city of the future, it still has both a positive multicultural spirit as well as a bright look at how we can improve our environment before traveling to other planets.

But it’s also very difficult to walk through the Disney theme parks and not feel overwhelmed in nostalgia; if you love the parks, you’re walking through and being catapulted back to your childhood, and if you don’t love the parks, nostalgia is being forced upon you. Either way, the feeling of being firmly entrenched in the past is unavoidable. And it’s equally unavoidable when watching both Saving Mr. Banks and its Blu-ray supplements. Disney’s future in film involves indulging in comic-book fantasies with Marvel, retelling past stories from a villain’s perspective, and reviving one of the most popular film franchises in history for another trilogy. And with Saving Mr. Banks as its present, Disney continues to look back, not forward. Considering how Walt Disney is praised in the special features for his forward-thinking attitude, it’s strange and a bit frustrating to look at Saving Mr. Banks as being one product of his company’s future. Strange, because this movie is about deifying the past; frustrating, because while I agree that the history of the Walt Disney Company is endlessly fascinating, it’s less fascinating when it’s whitewashed. 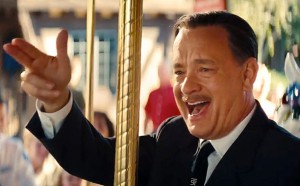 I know what you’re thinking (whether you liked this film or not): What the hell was I expecting from a movie about the making of Mary Poppins? A hard, gritty character study that made Walt Disney into a nasty piece of work? Of course not (and I’m not terribly sure that would’ve been any more accurate to the facts than this film was). The real issue with Saving Mr. Banks is less that it not-so-secretly scorns the protagonist, P.L. Travers, for ever doubting the Disney magic, and more that it’s the epitome of cinematic blandness. Though there are merely three special features, including the aforementioned look at the Disney studio of the past, it’s clear where the film’s allegiances truly lie: with Disney. The ostensible lead character of the film, P.L. Travers, is mentioned offhandedly in that extended supplement, and it’s telling to consider how she’s referenced. Ted Thomas, paired with the daughter of another Disney employee, basically laughs off how prickly and crazy Travers was.

This, in effect, speaks to the other big problem with Saving Mr. Banks, which is that it positions creativity of a specific sort as being villainous. Early in the film, P.L. Travers specifically states that she doesn’t want a Mary Poppins movie to have singing and dancing, animation, or Dick Van Dyke. (Let’s leave aside the factual inaccuracy of the latter point, as Travers was in Burbank to discuss the film in 1961, the same year that The Dick Van Dyke Show premiered; it’s hard to believe that she would’ve been aware of Van Dyke at the time, let alone that stridently against him being in the film.) While we all know that Travers’ demands would be ignored, or that perhaps she’d accept those elements in time, the problem is that she becomes the bad guy for basically wanting any film to hew to her story to the letter. Wanting to preserve the personal magic and ornery beauty of one story as it’s adapted into another medium isn’t automatically a bad thing; here, however, P.L. Travers is a Very Bad Person until she lets Disney’s personal pixie dust into her heart. This film wants to argue that to not love Walt Disney and his empire is to have an empty space in your body where your heart should be, even though that’s just not true. As I discussed on our podcast back in December, you can love Disney but do it conditionally.

And so it goes with this Blu-ray. The other two special features—a few deleted scenes as well as a rendition of “Let’s Go Fly A Kite” led by songwriter Richard Sherman on the film’s last day of shooting—are superfluous except to the true die-hard fan. (And the latter video has since been replicated by cast members like Emma Thompson in live venues, so it won’t be anything particularly new.) And to the true die-hard fan of Saving Mr. Banks, I invite you to take the same advice I’d offer to a fan of Frozen, in today’s other Blu-ray review: buy the movie. Buy it on Amazon or iTunes or wherever. Don’t buy the Blu-ray. Just buy the movie. That’s all Disney wants you to have, so why waste the extra money or the physical space in your entertainment console area? (Of course, I would actually not recommend that you buy this movie in any way, but that’s obvious.) The Saving Mr. Banks Blu-ray is, arguably, as unnecessary as the film itself—it might as well be a special feature itself on the recent Mary Poppins Blu-ray—so if you loved it wholeheartedly, save yourself the trouble of getting an actual copy and go digital. 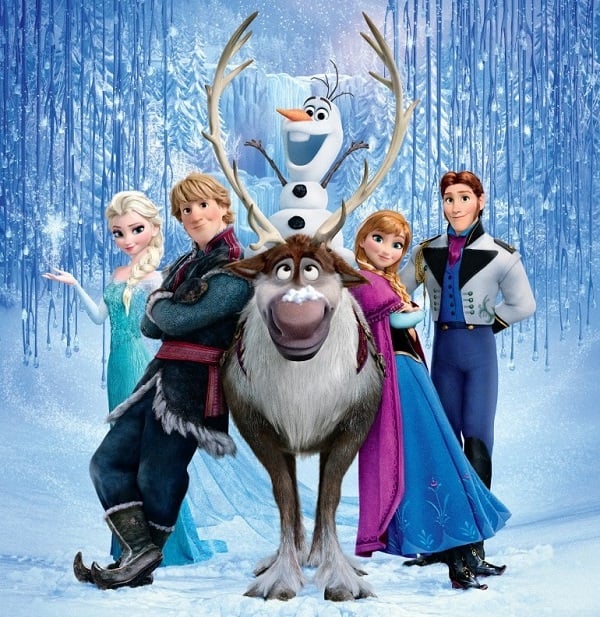