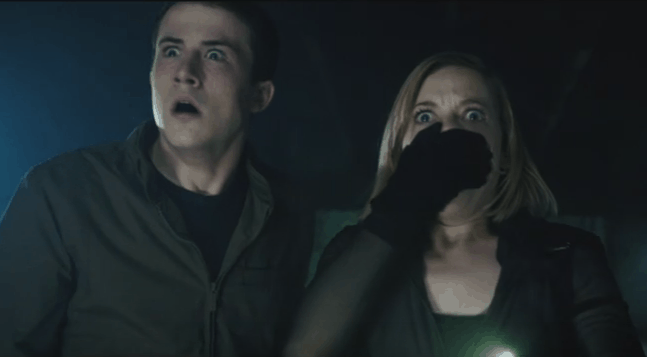 Some of you may be thinking “home invasion is a genre?” right now, and yes, it actually is. Well, a sub-genre to be exact, part of the horror genre at large. Home invasion flicks are all about taking the safety or sanctity of the home and turning it on its head, presenting a family or group of friends terrorized in their home by one or more crazies. It can be really interesting as a genre because it limits the film to a very small number of set locations, keeping things small and intimate. Home invasion movies can be super tense if done right, but admittedly the formula is getting stale, which leads to innovations like the recent Hush, or this new one, Don’t Breathe.

Don’t Breathe, a lot like Hush looks to have a very simple idea at its core: a group of teens (or maybe they’re supposed to be twenty-somethings, it’s so hard to tell with movies) break into the home of an old blind man, but things go bad. But while normally this means that the blind man would be dodging the teens, in this case the opposite is true. The invaders become the pursued as the blind man, now armed, hunts them down. Of course, why the now-victims can’t just bail out the front door is something the trailer doesn’t make clear, but I’m sure there’s a good reason. However, that brings me to one thing about the trailer I find extremely troublesome: it just plain gives away too much. I definitely want to see the movie, but the trailer reveals way too many twists and plot beats, and even a character death. So to those interested I say proceed with caution. Don’t Breathe looks like an interesting flick, potentially, that takes some genre tropes and turns them around on us. But this trailer, in my estimation, gives away too much.

Watch at your own risk below.