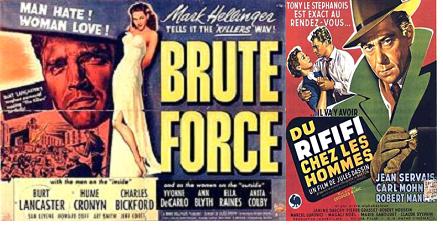 One of the most defiantly visible survivors of the Hollywood Blacklist was American director Jules Dassin. Following high school in the Bronx and drama school in Europe, Dassin made his stage debut at age 25 with the Yiddish Theatre in New York.
In Hollywood, Dassin worked his way up to a directorial spot at MGM’s short subjects unit, where he handled a brilliant 20-minute adaptation of Poe’s The Tell-Tale Heart (1941). This led to a promotion to features like Nazi Agent (1942), Reunion in France (1942) and The Canterville Ghost (1944). From MGM, Dassin went to work for producer Mark Hellinger at Universal Studios, where he turned out two full-blooded crime classics: Brute Force (1947) and The Naked City (1948). Unfortunately, the late 1940s were difficult times for anyone with even the slightest leftist political leanings. After being identified as a communist by director Ed Dmytryk during a House Un-American Activities Committee hearing, Dassin found himself completely shut out by Hollywood.
The last 1950s film which Dassin directed for a major studio was 20th Century-Fox’s Night and the City, which was shot in London. Then he moved to France, where he helmed one of the most influential “crime caper” movies ever made, Rififi (1954). So uccessful was this melodrama that it spawned numerous rip-offs (Rififi in Tokyo was one of the most blatant) and parodies, including Dassin’s own Topkapi (1964). Operating in Greece by 1959, Dassin directed his second wife Melina Mercouri in Never On Sunday (1960), a robust comedy about a joyous prostitute; Mercouri’s performance was superb enough for viewers to forgive Dassin’s own lackluster performance as a stuffy American moralist. Permitted back in the U.S.-studio system in the mid-1960s, Dassin directed Uptight (1968), a black-oriented remake of The Informer which proved beyond doubt that Dassin’s alleged “communistic” tendencies were just a bit old hat. Not many of Jules Dassin’s later, more personal films (notably an indictment of the Greek junta leaders, The Rehearsal [1974]) were seen in America, but the director’s reputation, so idiotically maligned in the early 1950s, had been completely restored so far as Hollywood was concerned–even though the man himself chose to shun the U.S. for self-imposed Swiss xile. 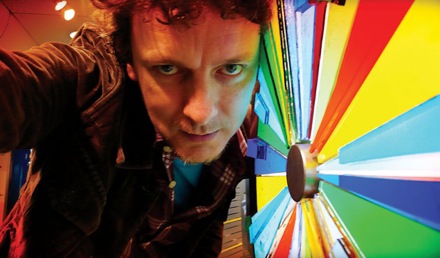