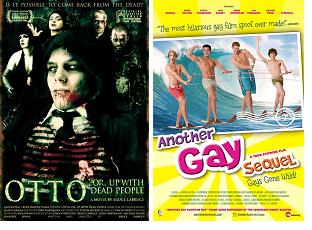 This week sees the arrival of the twenty-first edition of Montreal’s Image+Nation fest, featuring a wide-ranging survey of new films that touch on LGBT themes. To celebrate, we’ll be  tackling a few of them, including XXY, (which served as Argentina’s submission for the Academy Awards last year), as well as the gross-out spoof flick Another Gay Sequel (as well as touching on its predecessor, Another Gay Movie) and, perhaps most excitingly, Bruce LaBruce’s gay zombie satire Otto, or, Up With Dead People.