With the Oscars just a month away, we take a look back at two Oscar-nominated films we did not have a chance to review yet. Israel’s “Waltz With Bashir” is up for Best Foreign Film, although it might also have contended in the Best Animated Feature and Best Documentary categories, as it features eyewitness accounts of the 1982 Lebanon War from those who fought it. Werner Herzog’s Antarctic adventure “Encounters at the End of the World,” up for Best Documentary, will be reviewed as well. As a bonus, we’ll also take a look at a doc that Oscar overlooked: “Roman Polanski: Wanted and Desired.” 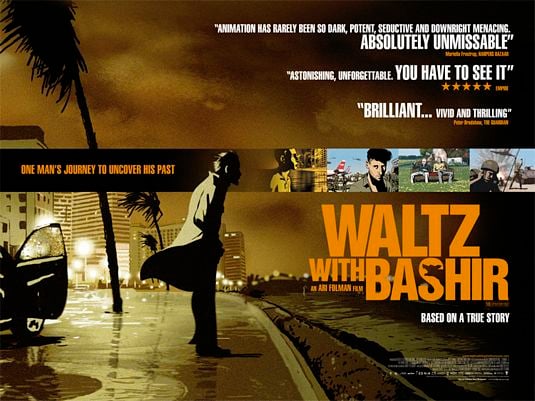