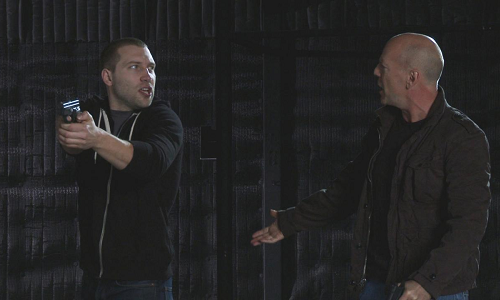 1988’s Die Hard has stood the test of time to become a modern action classic, with oft-quoted lines and memorable characters by both Alan Rickman and Bruce Willis, the latter of whom effectively launched his movie career with the film. Willis has not been hesitant to get back into the  shoes of Officer John McClane, reprising the role for three more sequels. Recently, plans were announced for a fifth movie in the Die Hard franchise, titled A Good Day to Die Hard, with Hitman and The A-Team scribe Skip Woods taking on writing duties, and Max Payne and Flight of the Phoenix director John Moore helming this instalment. Joining Willis in the cast is Jai Courtney, Mary Elizabeth Winstead, Amaury Nolasco, Cole Hauser, and Sebastian Koch. The first trailer for the movie has now been released, and can be seen below.