As of Thursday morning, August 8th 2013, the most recent edition of the Fantasia Film Festival will be a thing of the past. What began with some major, exciting announcements in late June, a press conference on July 9th and tons of public screenings from July 18th to August 7th is in the history books. With so many films shown (around 120), festival veterans and newcomers alike had a stunning choice of movies to discover, be amazed by, be provoked by or just have a great time with.

Naturally, some films will leave an indelible mark on those privileged to see them, whereas others might have left the bitter taste of disappointment in mouths. Having seen just over 30 movies myself, there are definitely a handful which proved to be exceptional examples of filmmaking and may very well offer serious challenge to other movies hoping to make an end of the year list come late December. After having properly digested the festival fever and the many movies watched, here are the 5 that most fondly remembered as well as some honourable mentions. 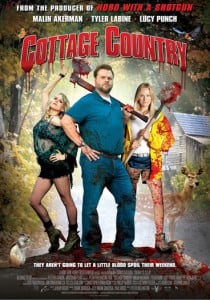 A rather low budget Canadian horror-comedy, Cottage Country is an uproarious misadventure involving a soon to be married couple (Tyler Labine and Malin Akerman) having to deal with a covering up a huge mistake from authorities, friends and family members while away at the family cottage. The leads have excellent comedic timing and the dynamic between the two lovers goes in directions not everyone will predict. Cottage Country was a delightful surprise this year not just for how entertaining it is but also because, to be honest, it shows off some great Canadian talent. 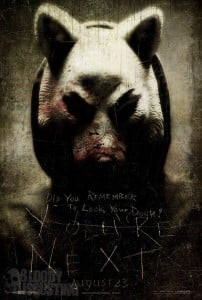 It feels very strange watching and reviewing for a 2013 festival a movie first shown publicly in 2011, but, alas, that is precisely the situation in which American indie horror director Adam Wingard’s You’re Next finds itself in. That said, at least it finally made it and was it ever worth the wait! To be released wide later this month, You’re Next lives up to the hype promoted by the precious few lucky enough to have already seen it (2 years ago!!!). The movie is dark, fun, violent, action packed, tension filled, really well acted and looks great. What more do you want in modern horror movie? 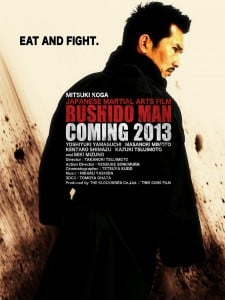 Tsujimoto’s ‘no budget’ samurai, martial arts action picture earns the prize for best film that came out of left field, as the saying goes. As expressed in greater detail in the full review, Tsujimoto and his crack team have concocted out of nothing a movie that exudes more cleverness and ingenuity than an embarrassing amount of big budget films can in a year. A simple but cute premise is stretched to the wildest, most flamboyant and good natured extent imaginable. Most impressively, this is a small movie that feels big, and that counts for a lot. 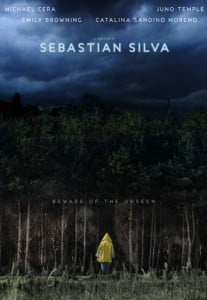 The screening for Sebastian Silva’s Magic Magic was one of those events that one remembers for a long, long time. People argue that good horror movies can scare and then relieve tension from one moment to the next, and Magic Magic basically does both almost at the same time. This is decidedly one of the tonally shiftier movies to come out all year: extremely unnerving and creepy in one scene and then an absolute riot in the next. Sometimes the laughs are nervous laughs, other times what’s depicted on screen would aim for comedy in another movie but in Magic Magic is just too weird. An excellent film  about paranoia and the fear of the unknown. 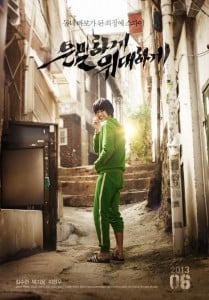 It feels like enough poetic was waxed about this film in the written review and on Sordid Cinema 62, but it finds itself as the number one film of the 2013 festival, so here comes some more praise! There is no denying that Secretly Greatly has a dual personality, an aspect which may not sit well with everybody. A movie with as many hysterically funny scenes as this one has should just be a comedy. A film with as much drama and bone-crunching action as this one should just be an action-drama. Director Jang Cheol-soo said no to that and made a political movie with all of the above. There are admittedly times when the South Korean speciality of genre bending borders acceptable limits, but somehow Secretly Greatly keeps everything in check just enough to become, well, great.

Big Bad Wolves (Keshales and Papushado, Israel, 2013). A magnificent exploration of unscrupulous conviction. A far smarter script than the premise would get credit for.

Helter Skelter (Mika Ninagawa, Japan, 2012). An offbeat, colourful, disturbing journey into the heart of misguided claim to power and influence when clinging on to fame. Ninagawa constructs an elongated music video, although one with real depth and meaning.

A Company Man (Lim Sang-yoon, South Korea, 2012). In fairness, the general story has nothing new offer. Counter points: a-it does still have a couple of surprises in store and b-even when it follows a familiar pattern, it does so exceptionally well.