Matthijs van Heijningen Jr’s prequel to John Carpenter’s The Thing has been taking it’s sweet time in settling on a theatrical release. The folks at Universal Pictures first informed us that the remake would be released in theaters on April 29, 2011. Finally after several other dates were rumoured, the studios settled on an October release. Hopefully we should see a trailer soon, but in the meantime they released the first poster. I usually let James publish all the new posters in his column Weekly Poster Round-Up, but sometimes I just can’t resist. I’m really loving the poster which is very reminiscent of the original, but simple is good. Enjoy! 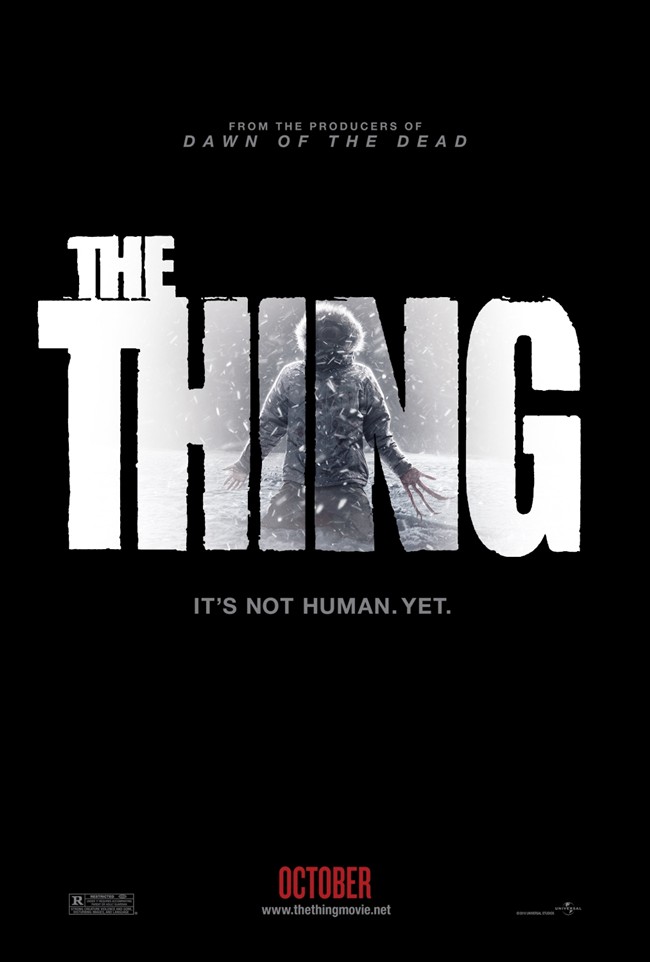