Paul Thomas Anderson’s seventh feature, Inherent Vice, has a cast of odd characters that includes surfers, hustlers, dopers and rockers, a murderous loan shark, LAPD Detectives, a tenor sax player working undercover, and a mysterious entity known as the Golden Fang. In order to help promote the film, the official Inherent Vice website has been publishing a series of fantastic posters, each highlighting a different eccentric personality that the protagonist Doc Sportello interacts with while attempting to solve a case involving his mysterious ex-girlfriend and her land developer boyfriend (no spoilers here). Check out the awesome posters below and be sure to check out the film when it opens nationwide this month. 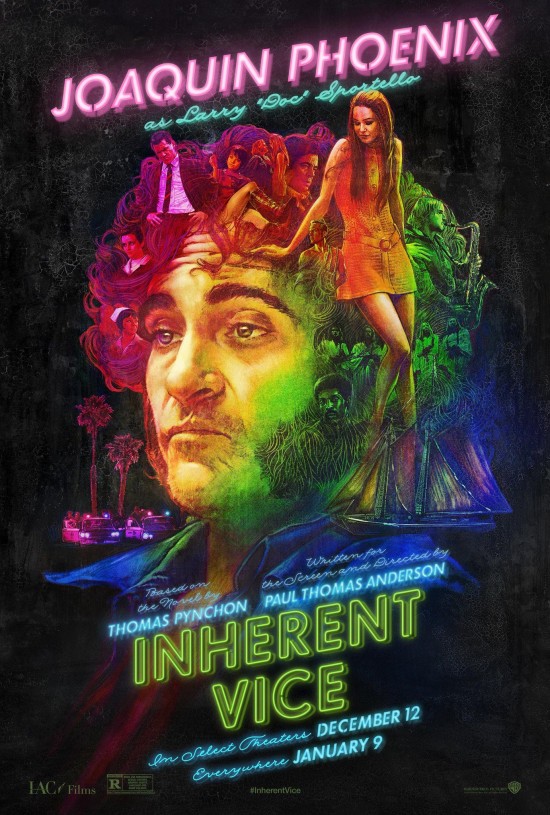 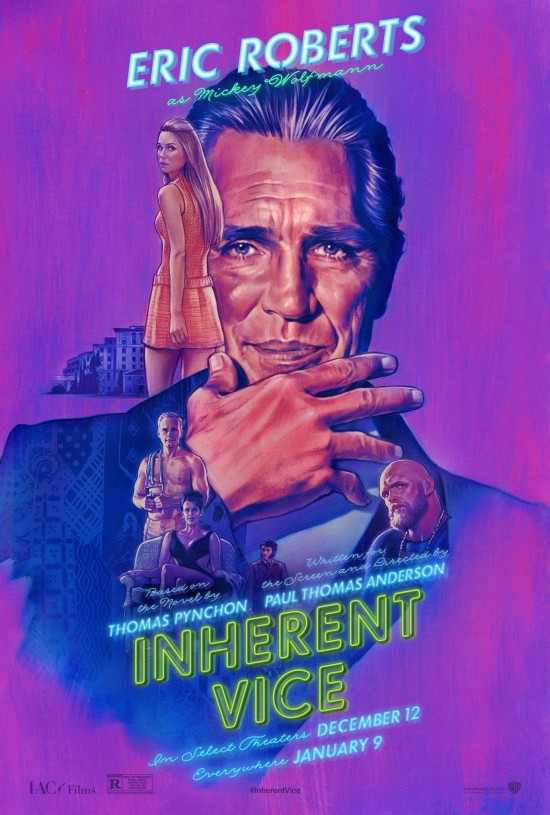 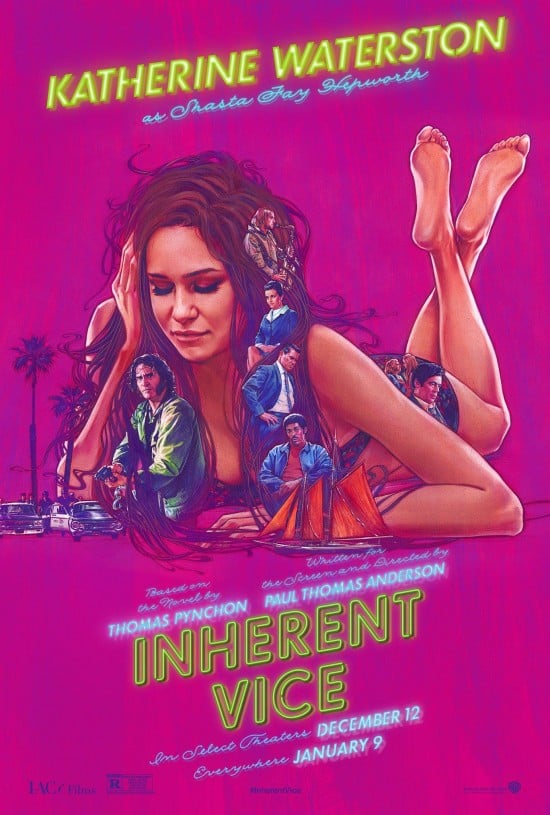 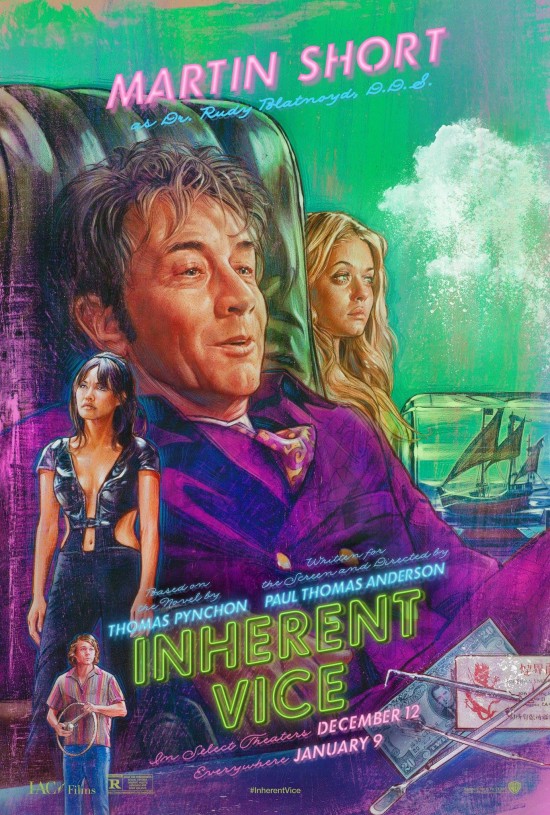 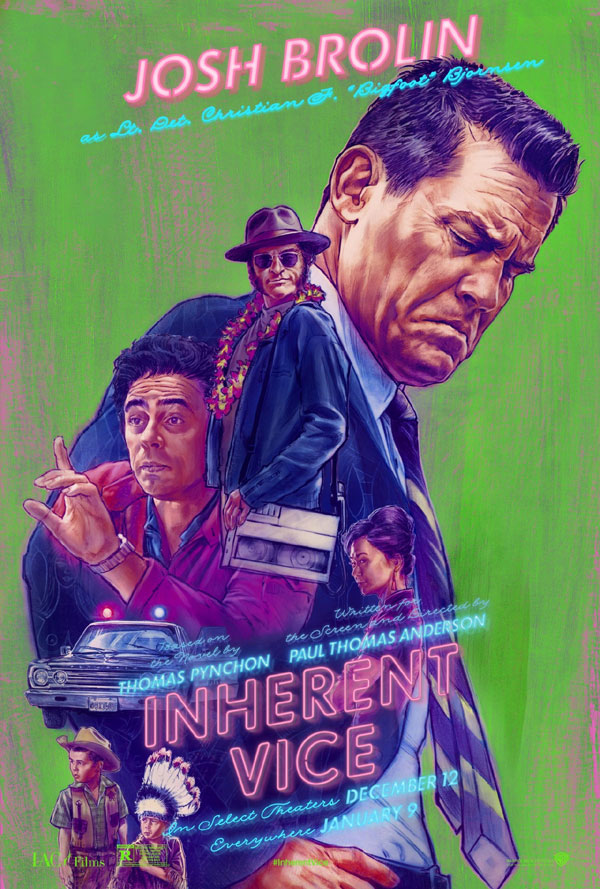 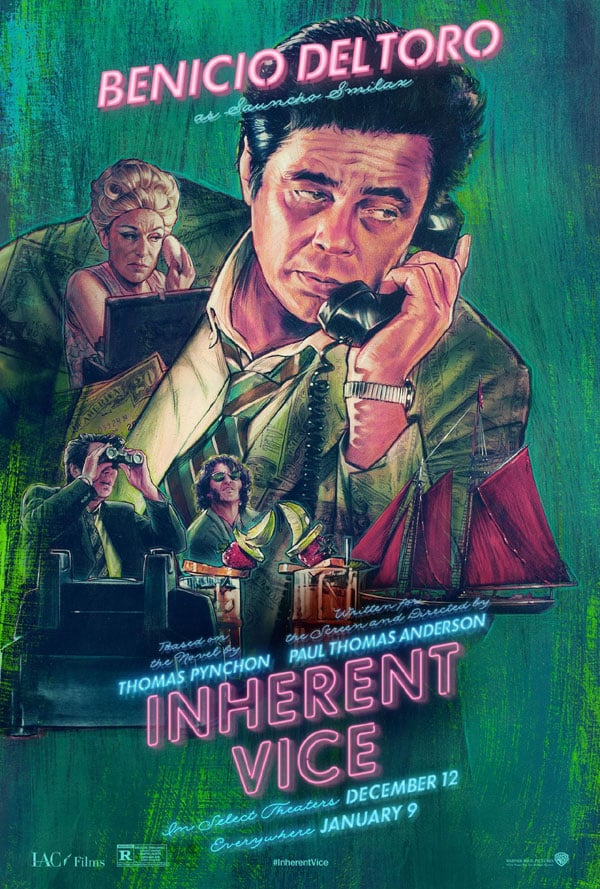 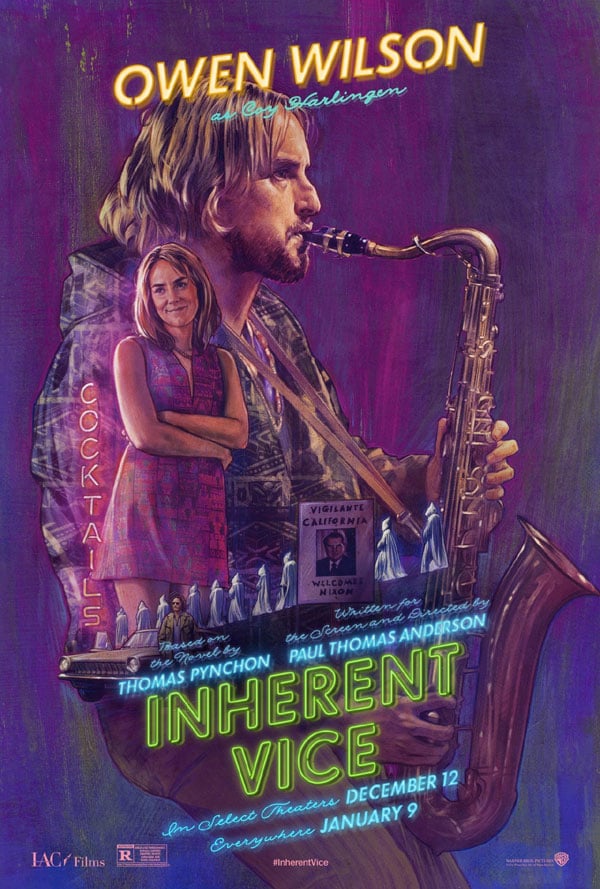 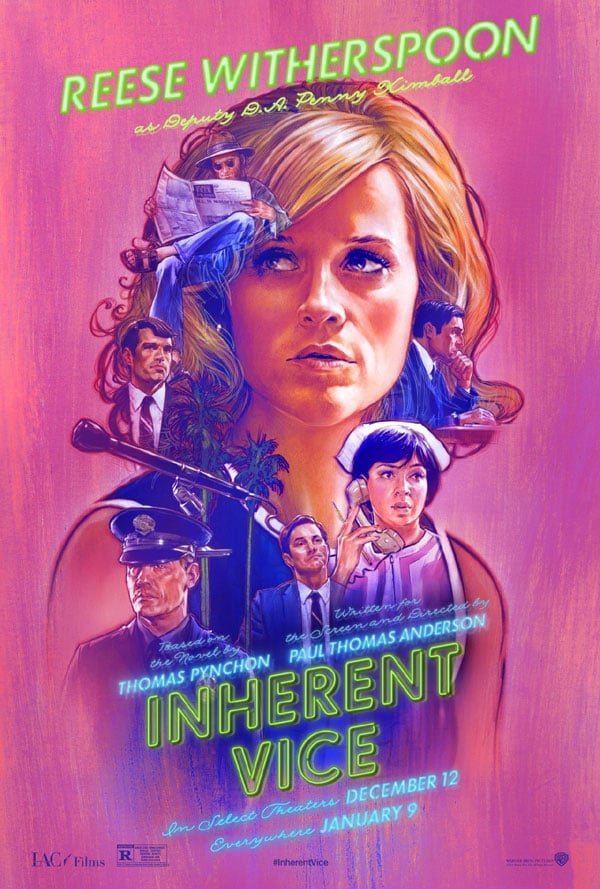 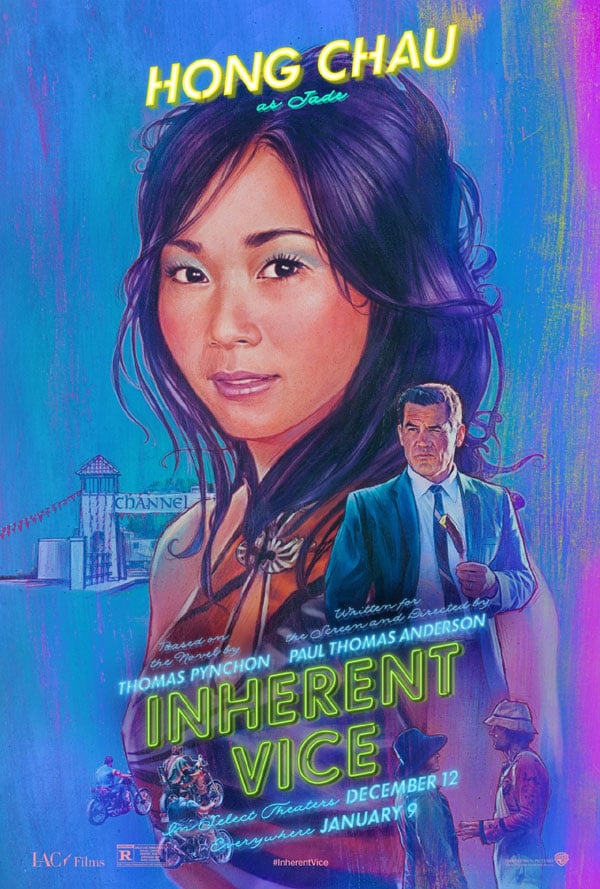 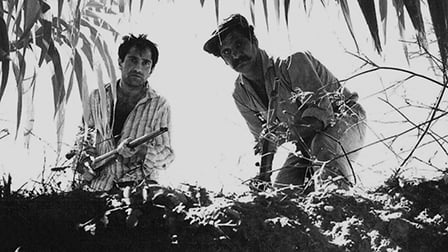 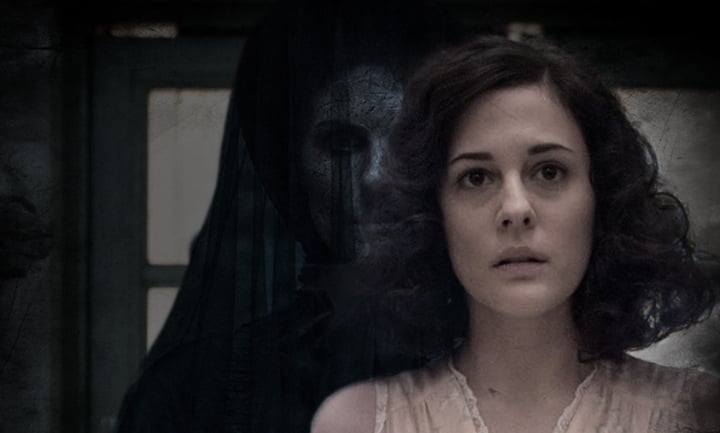