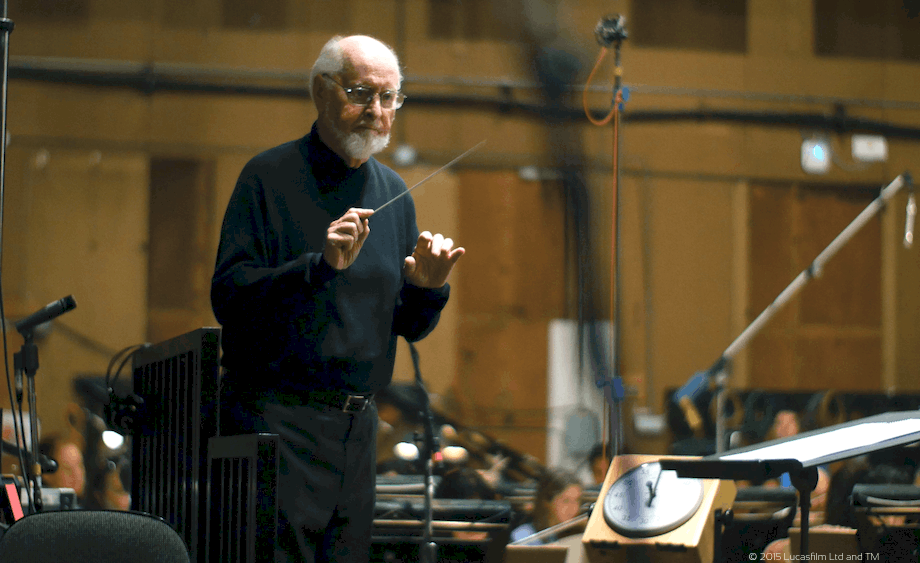 It’s hard to imagine Star Wars without John Williams. Even from the first film, Williams’ score, now the definition of iconic, defined Star Wars by setting it apart from its contemporaries. In a time when disco dominated the charts, Williams’ score felt at once like a throwback and a bold new step, bringing back musical styles like leitmotif, recurring melodies associated with particular characters or themes. The work Williams did on Star Wars catapulted him to film composer super-stardom, and today he’s recognized as one of the most influential names in film scores.

When it was announced that Williams would be returning to score JJ Abrams’ Star Wars: The Force Awakens, fans let out a collective sigh of relief. No matter what the new Star Wars film would be, at least we knew it would sound familiar.

A new behind the-scenes featurette for The Force Awakens gives Williams some face-time, discussing coming back to work on the franchise for the first time in years and incorporating themes and motifs from the original trilogy in his work on the new film. Williams also discusses the melodies and themes he composed for the various new characters introduced to the Star Wars mythos in The Force Awakens. Watching the video and hearing Williams talk shop, it’s hard to believe that a full length documentary about the music of Star Wars hasn’t already been made. Williams is clearly a master craftsman when it comes to creating iconic, memorable film scores, and his wealth of knowledge and expertise could easily fill a 90-minute documentary. Food for thought, aspiring documentarians.

You can check out the three-minute featurette below.