I remember my first pair of formal shoes which I got with my first suit in grade twelve.  I’ll never forget the entire outfit – black coat, taupe trousers and black shoes.  I thought it was very cool.

A few years later, after college and once I landed my first office job, it was back to the suit and shoe store for a full wardrobe of formal work wear.

But my all-time favorite pair of formal shoes was gifted to me by my father.  They were black oxford wingtips.  They must have been 25 years old when he gave them to me, still in excellent shape.  In fact, I still have them and still wear them proudly.

Whether you’ve landed your first job or are simply looking for a great pair of men’s formal shoes, get a better understanding of your options with our epic article and series of shoe charts that set out your men’s formal shoe options.  While dress shoes are above average in cost, you don’t have to spend a fortune – unless you want to match the most expensive men’s shoes cost for foothold in that exclusive club.

As you can see from the above, there are 5 main styles of men’s formal shoes.  They are:

We break them down further below.

Oxford shoes are low heeled, leather lace-up dress shoes for men.  The distinguishing feature from the similar derby shoes is that the Oxford shoes have closed lacing.  See our Oxford vs. Derby shoe illustration below.

Oxford vs. Derby Shoes: What’s the difference between Oxford and Derby Shoes?

While oxfords and derby shoes may look similar, there are subtle differences.  They are:

A cap toe shoe is one with a straight edge at the front. 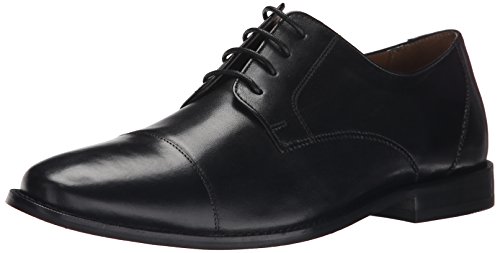 A plain toe is a regular rounded shoe toe with no leather cap nor broguing.  It’s plain as the name suggests. 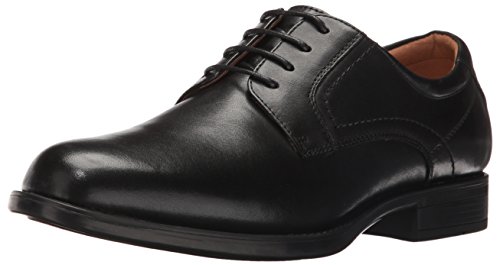 Whole cut shoes are shoes made from a single piece of leather.  It is not assembled from pieces of leather.  It’s formed with one piece (pretty cool).  These can be plain or include tiny perforations.

Wing tips are shoes made from multiple pieces of leather.  The famous decorative perforations run along the visible edges of the various leather pieces (i.e. at the seams). 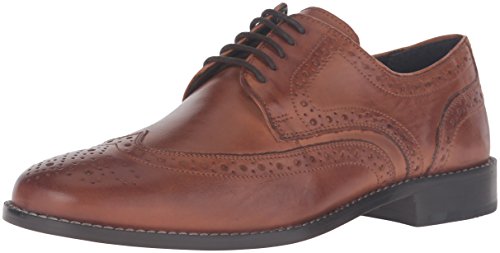 If both have open lacing, what’s the difference between a derby and blucher shoe?

Blucher shoes also come in a variety of styles which are as follows:

The shortwing is when the perforations curve downward not spanning the length of the shoe (unlike longwing brogues).

The plain toe is a shoe with no stitching or perforations.

The split toe is when the toe has a vertical stitch at the tip of the toe. 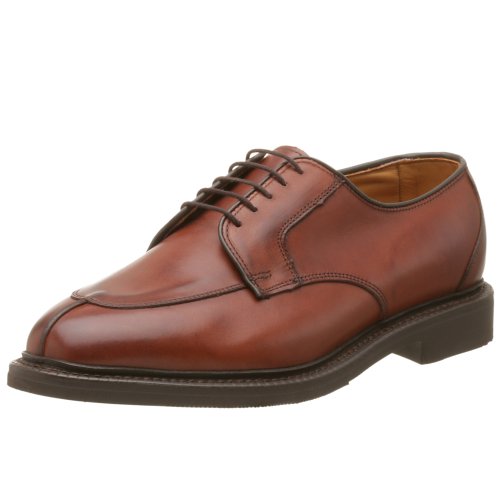 The longwing brogue is when the wingtip perforations span the entire length of the shoe.

Loafers are low-heeled leather laceless dress shoes for men.  The come in three main styles which are as follows:

Then penny loafer has a plain, laceless closed front often with a leather band across the vamp. 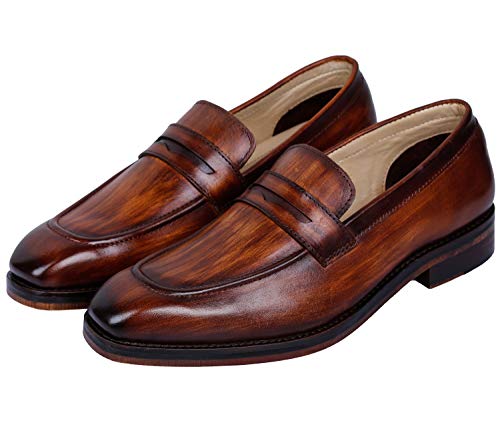 The tassel loafer is identifiable by the tassels attached to the leather band that crosses the vamp.

A bit loafer has a metal band across the vamp.

The monk style shoe, also a low-heeled, leather shoe, use a buckle or buckles to secure them.  There are single and double buckle varieties. 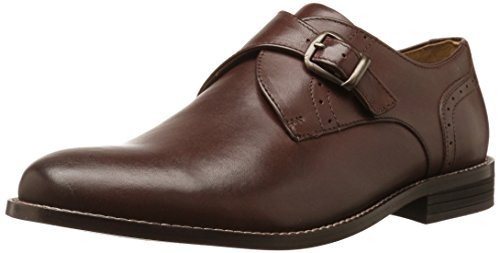