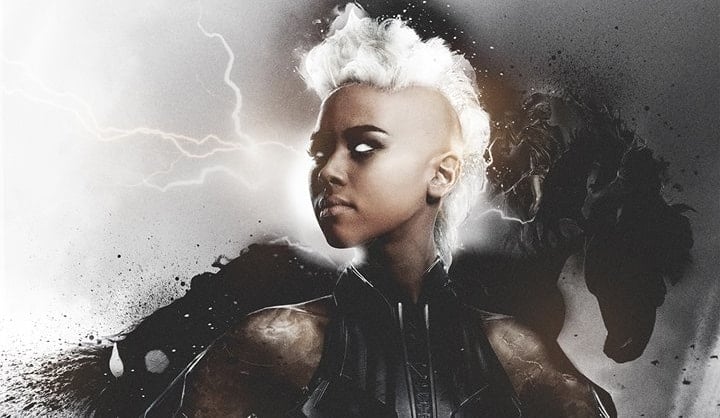 When I cast my mind back to the Sunday School lessons of my youth, I don’t remember much about purple katanas or a woman with a mohawk who can control lighting when it comes to the book of Revalations’ foretelling of the apocalypse. So either my memory is a bit faulty, or X-Men Apocalypse is playing it a bit fast and loose with the religious iconography. But then, comics usually put a liberal amount of spin on just about anything they co-opt from mythology or lore, just try and look for any mention Thor fighting aliens anywhere in Norse myth if you don’t believe me.

With Apocalypse‘s release date getting closer, Fox have released a short featurette and a series of posters highlighting its take on the Four Horsemen, the super-powered minions of the film’s titular big bad. Honestly, the featurette itself doesn’t bring a whole lot to the table we haven’t seen before. There’s a tiny bit of new footage, but for the most part it’s the same thing we’ve already seen in TV spots and trailers, with some commentary from the cast and crew. What I find much more interesting, personally, is the foursome of posters that give the Horsemen the spotlight. The posters have a lovely style to them, with some nice color-coding (though Angel and Storm’s poster feel a bit lax in this) and a surprising amount of detail. It took me a while to even notice the horse silhouette in each poster. And I like how they don’t have the film’s logo and copy plastered all over them, obscuring the design work.

If nothing else, the posters and feauturette  highlight that while the actual heroes of the movie look dull as dishwater, we’re at least going to be getting more visually interesting villains. Have I mentioned before how boring I think the X-Men uniforms in this movie are? I’m not sure it’e ever come up….

Check out the featurette as well as a gallery of the Four Horsemen posters below.