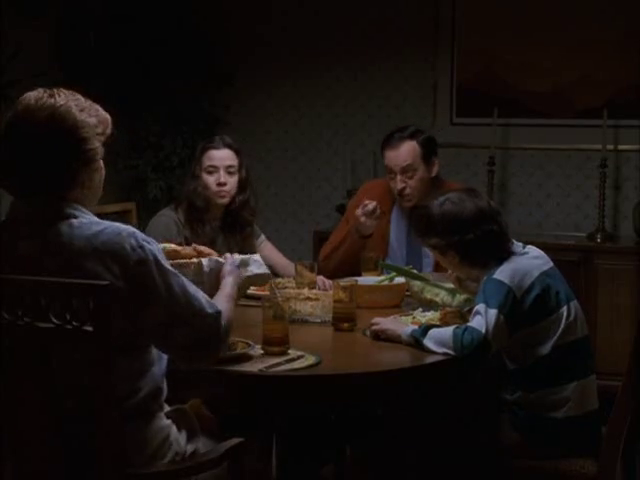 Freaks and Geeks was always a show about identity, so it makes perfect sense that ‘Discos and Dragons’ would challenge almost every major character to face their own changing identities. From major characters like Nick and Lindsey struggling with who they were and who they’ve become, to minor characters like the Deadheads living their idealized version of happy life, the series finale of Freaks and Geeks presents us with a number of characters at a crossroads in life as the school year comes to an end.

The most entertaining of these, of course, is Daniel’s excursion into nerd culture, playing a game of Dungeons & Dragons with the geeks after spending time with them in the “paradise” of the AV room – a beautiful metaphor for the enlightened world Sam, Daniel and company enter in that small, drab-looking room. It’s the place where the freak and geek come together, where Sam finally realizes its ok to be a nerd (something that he’s still struggling with, even after dumping Cindy) and Daniel can finally find a place where he feels cool and/or wanted (even Kim doesn’t want to hear his complaining anymore, walking out on him in their only scene together). It’s also a place where the social lines of the lunchroom and the classroom are blurred: under the same roof, it’s much easier for them to reach across the proverbial table and become friends, if only for a brief moment.

So while Sam’s learning to be himself and Daniel’s learning to be Carlos the dwarf, the episode focuses most of its real attention on Nick and Lindsey, two people realizing a lot of what they’re doing in ‘Discos and Dragons’ is a mistake. For all her bomber jacket wearing, Lindsey still can’t escape her former identity, and her good grades “curse” her into being accepted into a University of Michigan summer program for high school students with “bright futures” (like being the next biology teacher at McKinley High, hardly a job anyone is fighting over). Lindsey views it as a curse, moping around while her father pushes her to attend, and Kim laments the fact that she gets an all-expenses-paid ticket out of town, while she’s stuck at home with her shitty family and Daniel Desario to spend her summer with. 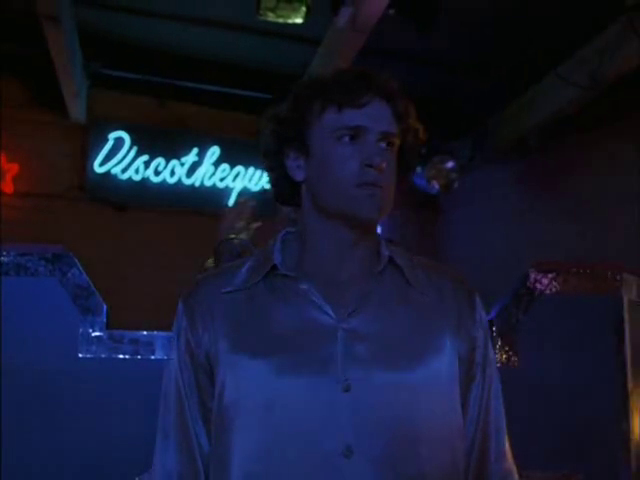 The pressure builds and builds on Lindsey, until she hears the two Deadheads she met in the previous episode talking about a Grateful Dead concert and how it changed their lives, enticing Lindsey to join them and give up the straight-edge life once and for all. It’s an escape, and even though it may not be the one Lindsey’s looking for, it’s the one she gets: and after spending an afternoon listening to an album in her bedroom, it’s pretty clear that her mind is all but made up.

That is, until she sits down and talks to Nick – but before we talk about that scene (one of the show’s best), let’s rewind to the opening scene, which sees the freaks walk into the bowling alley to heckle the disco club operating in the back. Turns out Nick was in the back with his new girlfriend Sara (Lizzy Caplan returns!), who taught him the hustle in under an hour, you guys! Of all the characters trying on new lives in this episode, Nick’s might be the most ridiculous, decked out in shiny silk shirts and hip-hugging bell-bottoms, strutting around the club (that’s about to close, as Ken finds out later while he’s getting thrown out).

Ironically, he’s really good at it: but like Lindsey and her ability to do well in school (“I don’t even study that much”, she pleads to Mr. Rosso at one point), Nick doesn’t want to be a good disco dancer. He knows he can’t be the best – and by the end of the episode, both him and Lindsey know he’s dating Sara for the wrong reasons, even if she’s doing more good for him than Lindsey did (he quits smoking for Sara, something he could never do for Lindsey, even when she encouraged the idea). In the end, she turns out to be a mini version of Nick (super obsessed with him since 6th grade, cognizant of his intense, obvious crush on Lindsey), and he probably doesn’t win the disco contest either, reminding us that while new identities can take us in exciting, positive new directions (a clean, studious Nick is better than drummer, stoner Nick, by all means) they still come with the same shitty realities that all other endeavors in life take. 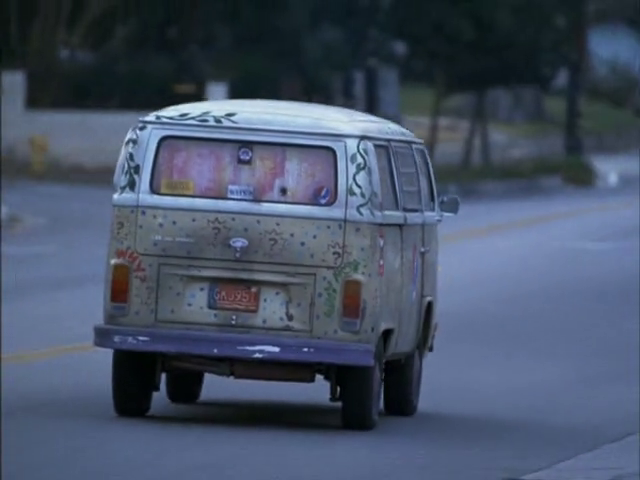 I can’t think of a better way for Freaks and Geeks to end: it allows us endless opportunities to dream of the beauties and horrors awaiting the freaks and geeks of McKinley High in their near futures. After Nick and Daniel’s stories are complete, we follow Lindsey from her farewall at the bus station with her family, to her abandoning the trip to U of M and going off on a Dead-themed adventure with Kim and the Deadheads from school. She takes off her super-uptight school jacket and puts on the faded bomber one more time on camera, and we watch as the Microbus containing the four of them travel off in the direction the bus once headed in.

The last few scenes of Freaks and Geeks are poetic in their simplicity: from shot composition to dialogue choices, the rhythm of the end of ‘Discos and Dragons’ quietly moves the audience through the emotional final beats of our journey with these beloved characters. We know that Lindsey and Nick may never work together, but we see Lindsey’s regret push her into the most dangerous, exciting journey of her young life (with her new best friend Kim; Millie isn’t even seen in this final episode), Daniel get a much-needed moment of peace and victory, and Sam have some confidence in loving who he is (and pushing Neal to do the same thing, after weeks of them backing away from it). I can’t imagine a more poignant way for Freaks and Geeks to reach its too-quick-to-arrive conclusion – but when that hippie bus pulls away from the stop sign and drives away forever, it’s hard not to feel satisfied from what came before it. A fantastic end to one of television’s best shows.

– for once, I don’t have a lengthy list of ancillary thoughts from the episode. Freaks and Geeks is a show about change, a very fitting theme for my life over the past few months. It’s been a journey I’ve enjoyed (and probably needed) even more than I expected to. And thank you to anyone who stopped by and checked out a review over the past five months; I’ve had an absolute blast. 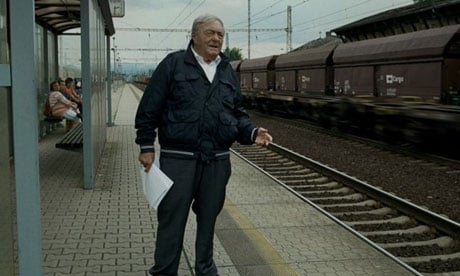