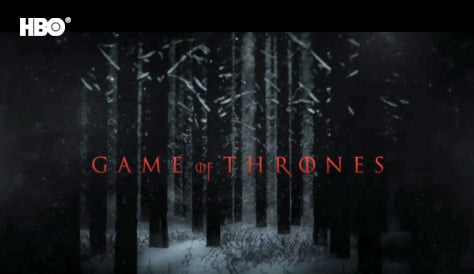 A premiere date for Game of Thrones, the adaptation of George R.R. Martin‘s novels, was announced today. The pilot, directed by Tom McCarthy (The Station Agent, The Visitor), will debut Sunday, April 17. The trailer wasn’t very impressive, but my colleague Simon Howell and I have a hunch that this is going to be a great series. In fact, we have even decided to expand our podcast and like the Walking Dead podcast we are planning to cover Game of Thrones. Our first episode should appear online April 18th.

Watch the trailer below.

HBO is producing a 10-episode season encompassing the first book of Martin’s series. If it is a success, a second series based on the book A Clash of Kings should follow. The recently released trailer below shows off the series, which stars Sean Bean, Peter Dinklage and Lena Headey.

“Seven noble families fight for control of the mythical land of Westeros. Political and sexual intrigue abound. The primary families are the Stark, Lannister, and Baratheon families. Robert Baratheon, King of Westeros, asks his old friend Eddard Stark to serve as his chief advisor. Eddard, suspecting that his predecessor had been murdered, accepts so that he can investigate further. It turns out more than one family is plotting to take the throne. The Queen’s family, the Lannisters, may be hatching an incestuous plot to take control. Across the sea, the last surviving members of the previously deposed ruling family, the Targaryens, are also plotting a return to power. The conflict between these families and others, including the Greyjoys, the Tullys, the Arryns, and the Tyrells, leads to war. Meanwhile, in the north, an ancient evil awakens. Amidst war and the political confusion, a brotherhood of misfits, The Night’s Watch, is all that stands between the realms of men and the horrors beyond.”