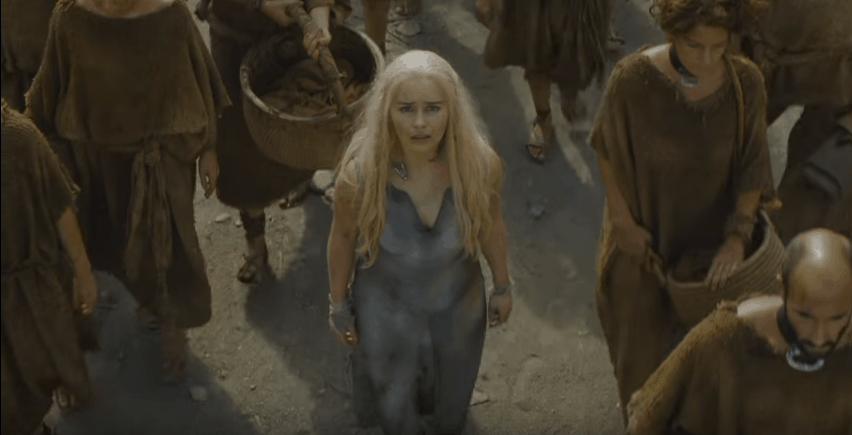 With the sixth season of HBO’s Game of Thrones landing late next month, we’re poised to enter a new era for the smash hit fantasy series. With the show now officially having surpassed the books, the days of anyone having the inside scoop of what awaits the cast of Game of Thrones, and where the series will head next, are mostly done. Aside from a few lingering plot threads that haven’t made it to the show yet, we’re in uncharted territory, folks. And personally, I’m more interested to see how this impacts Game of Thrones as a cultural phenomenon as a whole than I am curious to see where the actual story goes. Could it be possible that we’ll see a drop-off in viewership as fans who consider themselves “books first, show second” avoid watching the new season, out of fear of spoiling anything if The Winds of Winter, the next book in the series, bears any semblance to what we see in the upcoming season? Will the split between book fans and show fans widen as the two halves of the franchise diverge more and more wildly?

Whatever comes next for the franchise as a whole, the new full trailer for Game of Thrones‘ sixth season promises us what we’ve come to expect by now: death, sex and violence. The trailer itself is actually fairly hum-drum, a sizzle reel set to a moody song that crescendos into a pounding beat for the climax. The one notable moment comes at the beginning, when we’re seemingly given the final word on the fate of Jon Snow: He’s gone. Personally, I’m still skeptical about the character’s fate, but we’ll have to see when the series premieres.

The trailer is technically labelled as Red Band, but doesn’t contain anything all that shocking, just the implication of the nudity and violence the series has become known for. Still, proceed with caution if you’re watching at work.