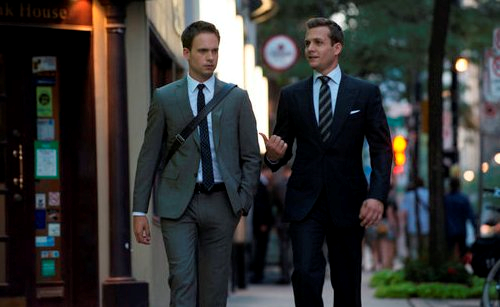 Legal dramas have always been a dime a dozen on TV so it’s pretty easy to dismiss USA’s Suits, but within the first few minutes of the pilot episode viewers can tell that Suits isn’t quite like other shows on television.

Set at the powerful Manhattan law firm Pearson/Hardman, the pilot opens when Jessica Pearson (Gina Torres) is trying to close out a massive case. “Get me Harvey”, she says. Harvey turns out to be Harvey Specter (Gabriel Macht), a slick lawyer who she has helped turn into one of the greatest in the city. We’re introduced to Harvey wearing a killer suit, playing a game of high stakes poker, and doing what he does best- closing a massive deal. Or as he puts it, “I close situations”. His talents eventually land him a senior partnership and the chance to hire his own associate. Harvey’s ultimate goal is to shake up Pearson/Hardman and find someone who “thinks on their feet”.

By contrast, Mike Ross (Patrick J. Adams) is a pothead college dropout who also happens to be a genius with an eidetic memory; once he reads something he never forgets it, which comes in handy when he’s taking the bar for other college students. His childhood friend Trevor, a pot dealer, convinces Mike to make a drug drop off at the hotel where Harvey is interviewing associate candidates. The drop turns out to be a set up and he runs into one of Harvey’s interviews. In true Harvey fashion, he picks Mike to be his associate after Mike impresses him with his memory and law knowledge. 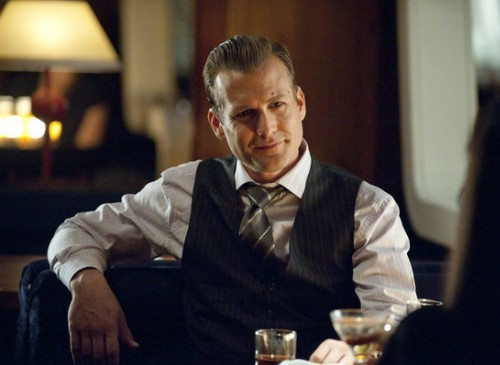 What sets the show apart so quickly is the intricately drawn characters. You know within the first hour that you are watching some of the most perfectly imagined characters on television. Harvey might be the kind of man who literally backs away from pro bono cases and claims to only care for himself, but he takes a chance on Mike because Harvey sees something in him, something that makes him willing to risk his license. Mike might be a stoner but he’s dedicated, smart, and more than willing to change. Macht and Adams are one of the best teams on TV and both are gifted actors. The pilot also introduces us to a great set of supporting characters. There’s the slimy yet strangley amusing Louis Litt (Rick Hoffman), painfully smart paralegal Rachel (Meghan Markle), and quirky, dedicated assistant Donna (Sarah Rafferty).

The pilot benefits from what has become Suits‘ trademark slam-bang dialogue, which whizzes around the sleek Pearson/Hardman offices at a mile a minute. It’s as if The Good Wife, if it had more movie references, had a baby with Aaron Sorkin, blessing the TV world with Suits.

In just under three seasons, Suits has easily taken the title of Most Addictive Show on TV and the pilot is an audacious example of why. 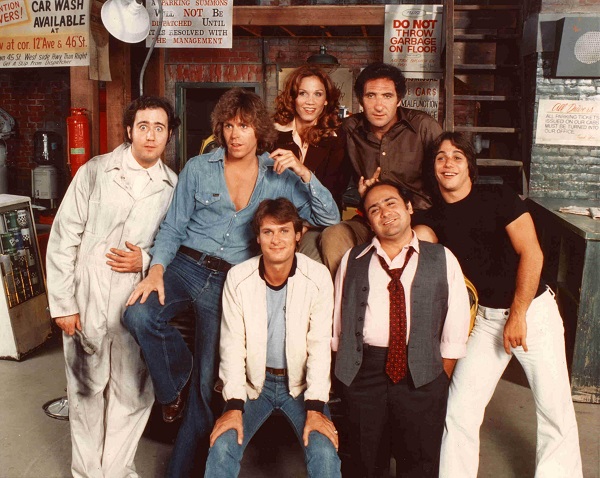 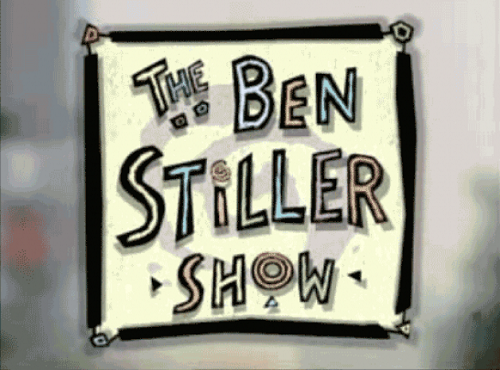