After breaking onto the seen with 2013’s Blue Ruin, a mercilessly bleak and violent revenge thriller that left audiences gasping for air and reaching for the nearest cuddle-able puppy for moral support, filmmaker Jeremy Saulnier quickly announced a follow-up project, the similarly “color, structure” titled Green Room. As these things usually do, Green Room made the festival circuit picking up acclaim and by all accounts causing major booms in the local cuddle-able moral support puppy markets wherever it would screen, if you catch my drift.

While previously, film websites looking to write about Green Room have had to make do with the one publicity photo of star Patrick Stewart and the cast glaring at the camera like it just stole their candy bar, Green Room unveiled a new poster today, a simple but effective one with a good design and a primary color that should come as absolutely no surprise to anyone.

You can see the new poster below. A new trailer has also been released, which you can watch here. Be sure to check out our review of Green Room from last year’s Fantastic Fest as well. 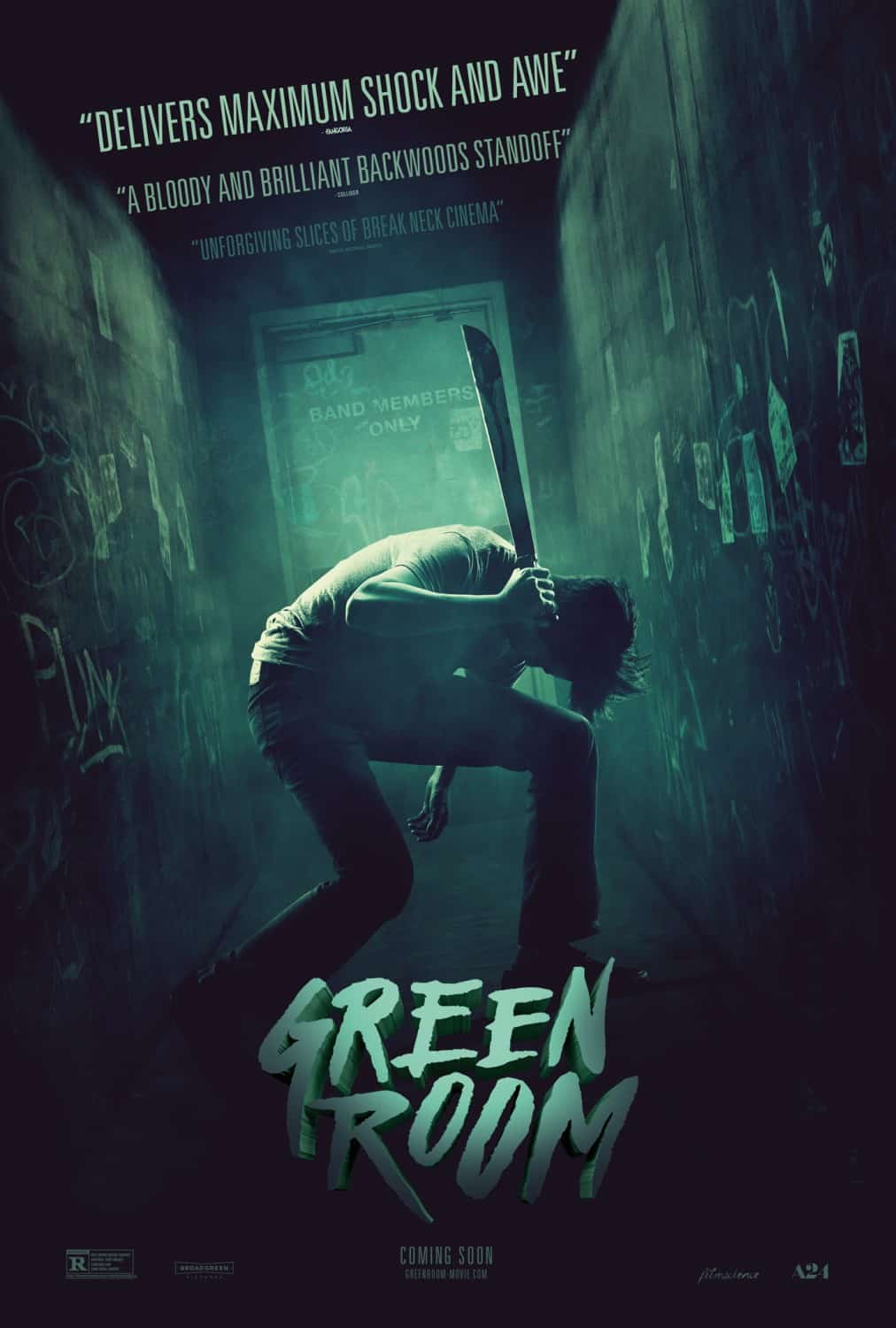