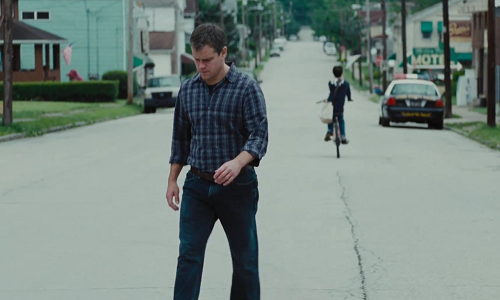 1997’s Good Will Hunting helped launch several people involved into mainstream success, including director Gus Van Sant and c0-screenwriter and star Matt Damon. While both have gone on to have successful careers, 2002’s Gerry was the last time their paths crossed, so news of a third collaboration between the two, on a project called Promised Land, was met with interest. Damon put pen to paper once again for this project, collaborating on the screenplay with The Office‘s John Krasinski. Both Damon and Krasinski also step in front of the camera, and are joined by Frances McDormand, Scoot McNairy, Lucas Black, Rosemarie DeWitt, Titus Welliver, and Hal Holbrook. A trailer for the movie has now been released, and can be seen below.