The first full trailer for The A-Team has been released and it looks pretty great actually. This is how the G.I. Joe movie should have been done. It still may be a little far fetched and corny at times, but it does look like it should be pretty entertaining. The A-Team stars Liam Neeson as Col. John “Hannibal” Smith, Bradley Cooper as the playboy mercenary role of Lt. Templeton “Faceman” Peck, Sharlto Copley as Capt. ‘Howling Mad’ Murdock, and UFC champion Quinton “Rampage” Jackson as B.A. Baracus. Look out for this film to be released June 11th!

Based on the original 1980’s television series, The A-Team will follow a group of Iraq War veterans (changed from Vietnam) who are trying to clear their name with the U.S. military. They are framed for a crime they did not commit and break out of a maximum-security stockade to clear their name. 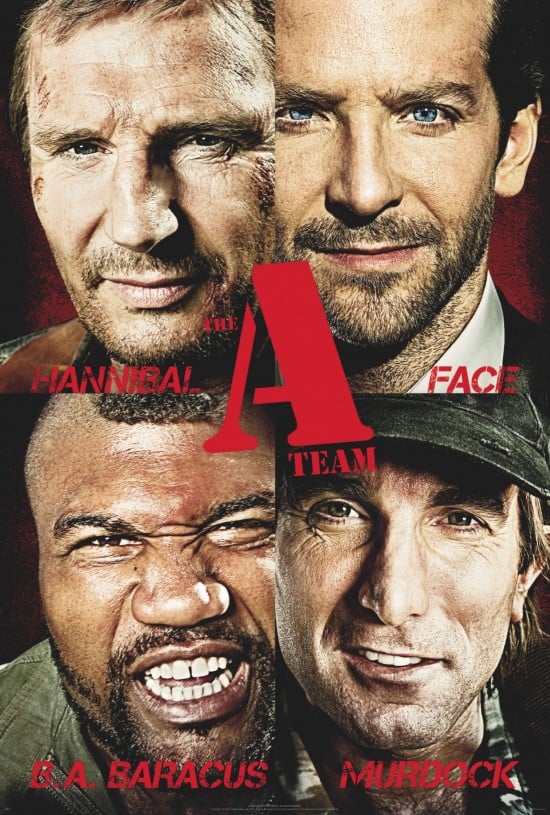