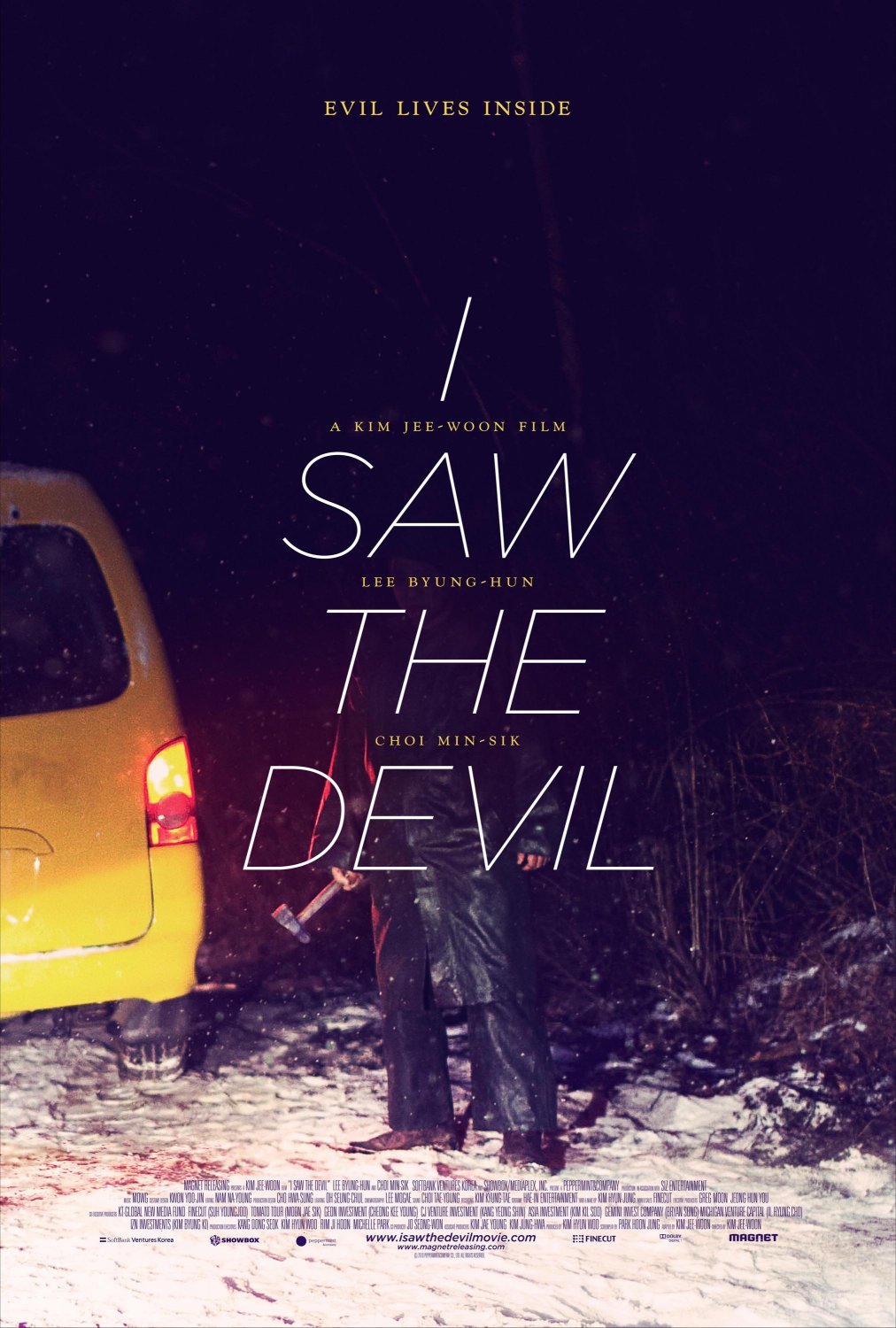 A new red band trailer for I Saw the Devil has been released, and marks a major improvement over the first trailer. I Saw The Devil upends the conventions of the serial-killer-thriller to craft a tragic portrait of vengeance’s vicious cycle and the personal decline of one man after losing his fiancee. The film comes highly recommended by the S.O.S. Staff (read our review here), but be warned that it is very graphic. Watch the trailer if you think you can stomach it.

Kyung-chul is a dangerous psychopath who kills for pleasure. He has committed infernal serial murders in diabolic ways that one cannot even imagine and his victims range from young women to even children. The police have chased him for a long time, but were unable to catch him. One day, Joo-yeon, daughter of a retired police chief becomes his prey and is found dead in a horrific state.

Her fiance Dae-hoon, a top secret agent, decides to track down the murderer himself. He promises himself that he will do everything in his power to take bloody vengeance against the killer, even if it means that he must become a monster himself to get this monstrous and inhumane killer.

More I Saw the Devil Videos


I Saw The DevilKim Ji-woon