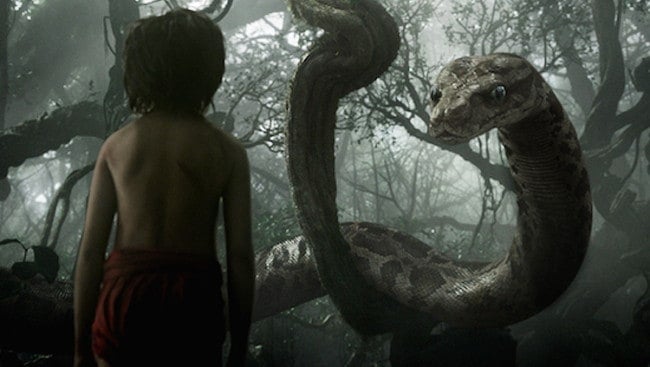 To my eyes, the upcoming star-studded live-action remake/adaptation of The Jungle Book is one of those movies that could seriously go either way. On the one hand, the film boasts a fantastic cast and a -usually- reliable director in Jon Favreau. But on the other hand, this looks like the kind of movie that could easily get crushed under the weight of its own epicness and spectacle, one of those movies that eventually gets used more for testing new home entertainment systems than anything else. Sure, the effects are shiny and everything looks very big and grand, but you can’t build a movie on grandeur alone.

Speaking of which, a new trailer for the film’s IMAX release was just released today, one that appropriately shows off the epic visuals at play in The Jungle Book in the hopes of luring audiences into opening their wallets wide enough for IMAX ticket prices. While the trailer could just be a sizzle reel of big moments to sell the spectacle of the film, however, it wisely serves up a nice slice of story and character along with the big visual notes. This come in the form of an extended scene featuring Neel Sethi’s Mowgli being told his origin by the giant snake Kaa, voiced by Scarlett Johanssen. It’s the basic Jungle Book story you’d expect, and any sign of Favreau and screenwriter Justin Marks straying too far from the original film or the Rudyard Kipling stories that inspired it has yet to appear. If you’re looking for a revisionist take on the story, you may have to wait for Warner Bros’ Jungle Book: Origins next year.

Check out the new IMAX trailer for The Jungle Book below