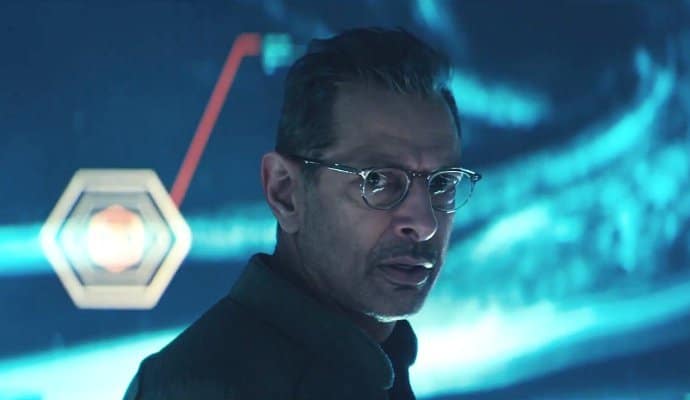 It still kinda baffles me that a sequel to Independence Day is really happening. Not because it’s been over 15 years since the first one, but….is it really that beloved? Oh sure, it’s looked back upon warmly as a major film event in it’s day, a prime piece of overblown cheese packed with Will Smith swagger and Jeff Goldblum…..Goldblumyness, but is it really one of those major pop culture milestones that interest in a follow-up can still exist after so long? I suppose either way, Fox isn’t letting anything stop them, and the Independence Day sequel is happening whether my brain can get around the concept or not. Maybe I’m just bitter because I’m one of the like five people who would rather have seen Roland Emmerich do a White House Down sequel instead.

During brief interview I watched before Super Bowl 50, Goldblum said that the biggest change from the first Independence Day would be that Resurgence is just “bigger”. Looking at this new TV spot released during the game, it’s hard to argue. Resurgence‘s visual look massive in scale and scope, and you can take a look for yourself in the new spot below.