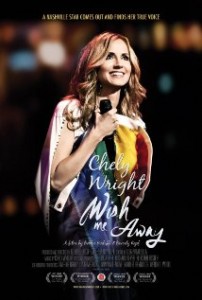 For country superstar, Chely Wright, her art has always been cathartic. As a high-profile member of the Nashville country music community, she has had to hide her homosexuality in fear of scorn and rejection from the very people she held in the highest esteem – her peers, family, and fans. To truly articulate her tortured anima, Wright continually turned to her music as recompense, manifesting in profound, soulful pieces of expression. So it’s no surprise that in Wish Me Away, a documentary about her life and coming out, the artistry is equally lyrical.

The film documents the coming-out experience of Wright. Shot over a period of two years, the film, utilizing private video diaries, news reels, and unposed footage, details the intricacies of her childhood, rise to fame, and the emotional torment of her private life, while, at the same time, counting down the days to when she finally comes out of the closet on a national scale.

The most deeply affecting aspect of the film is its incredibly detailed portrait of Wright. Using personal material and candid, fly-on-the-wall footage, the film allows her to expound and emote with vociferous passion. On more than one occasion, Wright, while recounting her turbulent history, is moved to tears. Spoken with such restrain and heartache, her revelations are deeply touching, and may even earn some tears of sympathy in return.

But all of this is magnified many times over because the film is underscored with Wright’s own music. While the film lets her describe significantly sad moments of her life, it does so while employing some of her songs. Because we are privy to the context behind its production, we are able to look deeper into the meaning of her lyrics and the way she performs. We are able to decode her music, comprehend her underlying message, and, thus, understand Wright and her music on a more metaphysical level.

Up here in Canada, country music is a bit of an anomaly. Outside certain niche markets (say, Alberta), musicians like Chely Wright are largely recherché. Yet, because it’s so heartbreaking and piteous, Wish Me Away unquestionably makes us care for her, and at the end of it all, you don’t have to be a fan of her music to be a fan of Chely Wright. 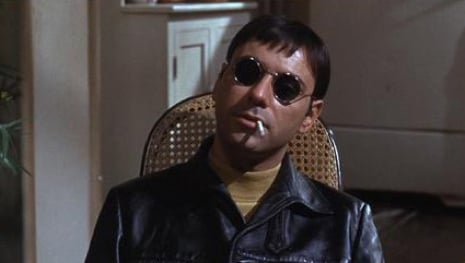