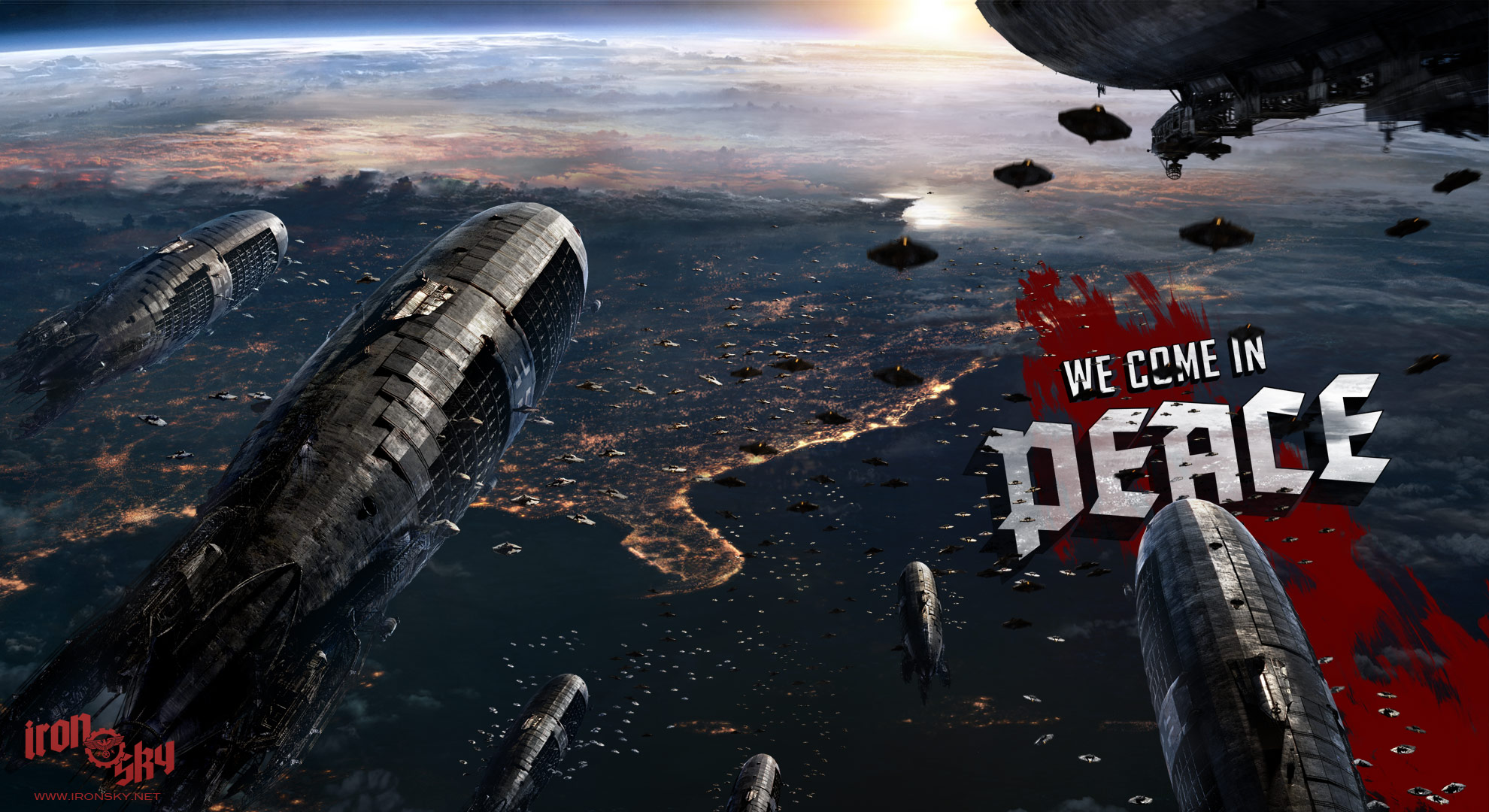 We’ve posted before about Iron Sky, an upcoming Finnish science-fiction comedy film from the makers of the Star Wreck series Star Wreck: In the Pirkinning. The film tells the story of an alternate 2018, in which Nazis have taken refuge on the moon and are getting ready to launch a second attack on the Earth. A new teaser trailer has been released, but first here is some rather interesting info from the most recent press release.

Iron Sky, the Finnish-German-Australian dark sci-fi comedy about Nazis from the Dark Side of the Moon released their third teaser video on May 11th, and it has been spreading online like wildfire. The video gathered well over 300 000 views on YouTube and other platforms. On YouTube it reached the place of the second most watched and the top rated Film & Animation video in the world. In the first 24 hours after the release there was a new tweet, blog post or a news item about Iron Sky every ten seconds. The release has been widely reported in blogs, movie websites and media around the world, from Japan and China through Finland and the rest of Europe to Australia and South America.

Together with the teaser Iron Sky announced their release date, which is April 4th 2012.

What makes this interesting is that Iron Sky has reached this level of exposure with what’s practically a zero PR budget – although the film is the most expensive Finnish production to date with its budget of 7.5 million euros. Instead of throwing money at PR, Iron Sky relies on intelligent, direct and honest communication with the audience.

“I’m happy to see that the dark, quirky humour of Iron Sky, which is very prominent in the short teaser, went over this well with our audience”, said the director of Iron Sky Timo Vuorensola.

Iron Sky is collaborating with the audience not only in marketing, but also in funding and content creation. The team has published a video online detailing their approach to the new way of making films, titled Producing With the Audience:

What makes Iron Sky special is the wide ranging collaboration with fans and community: the movie project fans join in creating ideas and content for the movie in a collaborative movie making platform called Wreckamovie, give the film publicity by sharing information online, even fund the movie by designing and buying merchandize and other means. One million euros of the budget comes from fan funding.

Here is the latest teaser, and below it you can watch the previous two.