James Gunn’s love for the comedy and horror genres coalesced in his humorous and brilliant debut Slither, released by Universal in 2006.  The film, which he wrote and directed, was critically hailed as one of the best horror films of the aughts.  Last year’s Toronto International Film Festival premiered his sophomoric effort Super, a dark comedy about an average guy who creates a costumed alter-ego after his wife  leaves him for a big-time drug dealer. Super embraces pretty much all the bearings of the “everyman turned superhero” concept, but unlike previous installments of the new sub-genre, Gunn opts for a darker, weirder and much more cynical approach. It was by far one of my favorite films from the fest (you can read my review here), and now, the film will be screening at this year’s  SXSW film festival, where James Gunn and his cast will be doing a panel presentation.

Check out the brand new poster released for the film below.

When sad-sack loser Frank sees his ex-addict wife willingly snatched by a seductive drug dealer, he finds himself bereft and wholly unable to cope. But soon he decides to fight back under the guise of a DIY superhero called Crimson Bolt. With a hand-made suit, a wrench, and a crazed sidekick named Boltie, the Crimson Bolt beats his way through the mean streets of crime in hopes of saving his wife. The rules were written a long time ago: You are not supposed to molest children, cut lines or key cars; if you do, prepare to face the wrath of the Crimson Bolt! 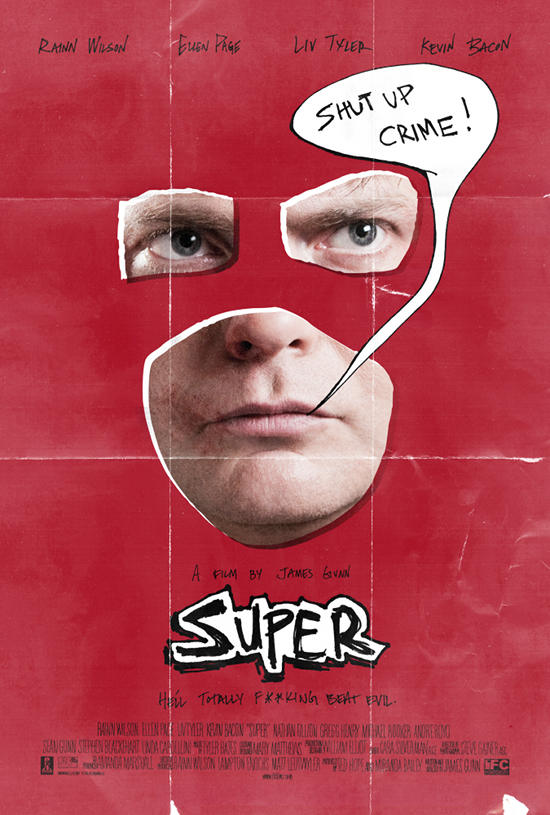