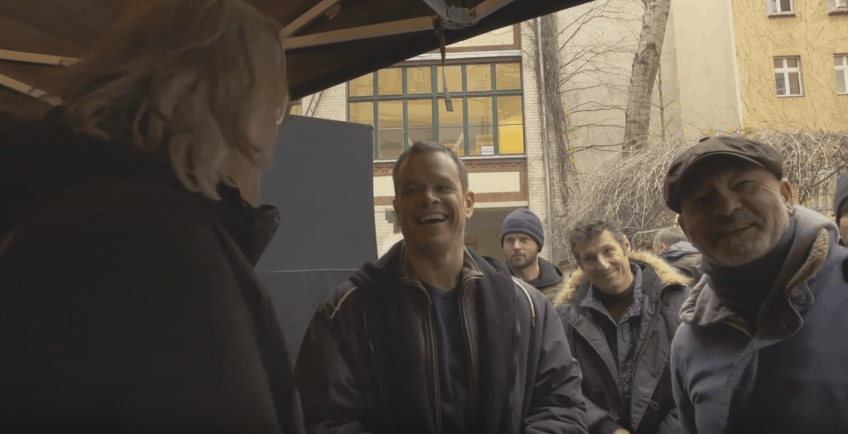 There’s a new Bourne movie on the horizon, and as I’ve discussed before, I’m only mildly excited. I have a troubled history with the Bourne franchise, in the same way that Batman has a troubled history with Joe Chill. Ok, so maybe that’s a bit hyperbolic, but I still just can’t muster up the excitement for Matt Damon and Paul Greengrass’s latest exercise in camera shaking that other people can. Still, I’m perfectly open to it being a fun, action-packed experience, and this new featurette on the film definitely makes it look action-packed. It’s just that this footage of Matt Damon’s amnesiac super-agent is probably the clearest look we’ll get at Jason Bourne’s fight choreography.

The featurette focuses mostly on the clout of Jason Bourne as a character, with Damon talking about how it’s still the role he gets recognized for the most. Part of me is almost surprised that his most famous role isn’t Private Ryan, but I guess he did only play that guy once. Perhaps most interestingly, the video features a lot of behind-the-scenes footage of the film’s stunt work and action, all of which seems to rely very little on CGI augmentation, at least so far. With the outcry against CGI seemingly louder every day, it would be great to see this continue, and maybe to have Jason Bourne wind up as a new poster child for an era of action cinema that relies less on computer-generated images and set-pieces. But there’s a certain bittersweet nature to watching footage like the clip of Damon taking down a bad guy. Given the tendencies Greengrass has when it comes to filming and editing fight scenes, this clear look at the film’s fight choreography is probably one of few we’ll get. Couldn’t the John Wick guys have made this movie?

Check out the new featurette for Jason Bourne below.