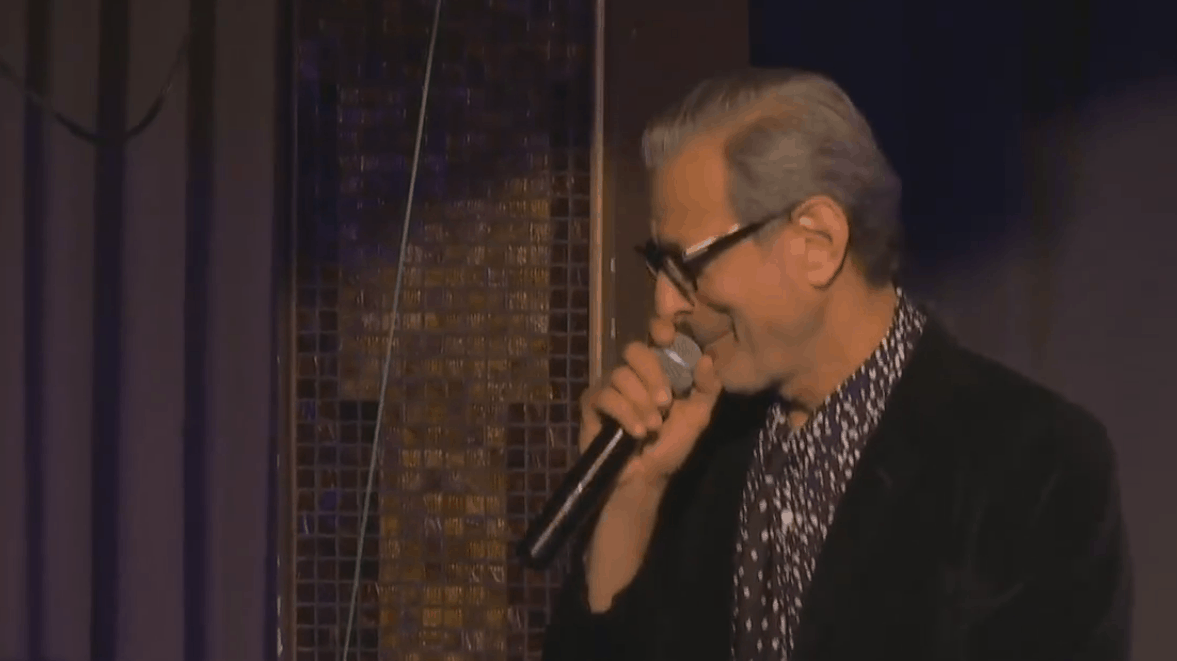 It may surprise you to learn that Jeff Goldblum, star of Jurassic Park, Independence Day and more, has been performing a night club act with a band called The Mildred Snitzer Orchestra, since the early 90s. But what may not surprise you is prettymuch everything you want a Jeff Goldblum Jazz night club performance to be. Goldblum has spent years cultivating an aura of the offbeat, the quirkily charming and the just kinda odd for years now, and if you were expecting Brundlefly to put on anything else when up on stage bantering with the audience you’re both crazy and in for a let down. Just a few days ago, Goldblum’s Facebook page uploaded a 90 minute performance, and it’s an hour and a half you’ll almost certainly enjoy if you’re as into Goldblum’s whole schtick as a lot of us are.

Goldblum plays the stage like a seasoned pro, bantering with the band and inviting members of the audience to join him, all of it peppered with classic Goldblum-isms. Does he stammer? You betcha. Does he respond to himself? Oh heck yeah? Does he glide around with a casual slouch, occasionally stopping mid-sentence for a wry grin, only he knows the source of which? Does he EVER. Do yourself a favor and set aside 90 minutes to take in the full performance, which you can see below.