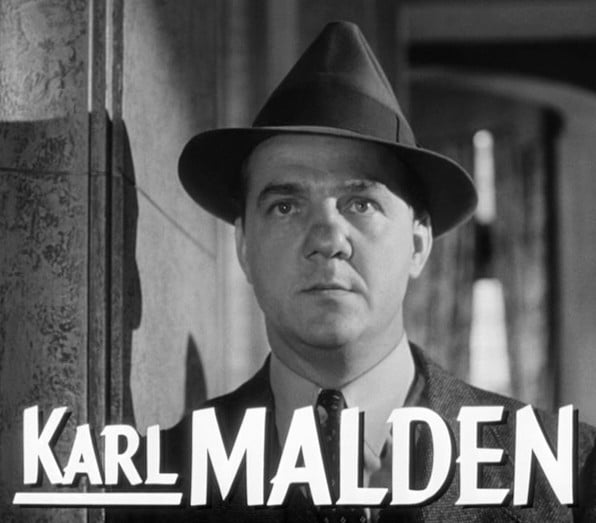 Academy Award winner and Hollywood legend Karl Malden died yesterday at the age of 97 of natural causes. He has had one of the longest and most successful careers of any American actor and starred in some of the most Iconic films of all time (On the Waterfront, A Streetcar Named Desire, The Birdman of Alcatraz, Patton) and starred in the 1970s TV drama The Streets of San Francisco. But what made Malden a house hold name were the American Express commercials he made in the 70s and 80s with the catchphrase “Don’t leave home without it.”

Born Mladen Sekulovich on March 22, 1912 in Chicago, he was the son of a Serbian father and a Czech mother. His father was a steelworker and as a young man Malden took up the profession for a few years. He began acting in high school and in 1937 moved to New York to try his hand on Broadway. He was one of the few to be accepted into Lee Strasburg’s group theater. In World War II he served as a noncommissioned officer in the 8th air force.

He got his big break in 1951 with the film adaptation of Tennessee William’s A Streetcar Named Desire alongside Vivian Leigh and Marlon Brando. That year he won the best supporting actor Oscar for his role as Mitch in the film. Other career highlights include Father Berry in Elia Kazan’s On the Waterfront, John Piersall from Fear Strikes Out, Archie Lee Meighan from Baby Doll, Reverend Paul Ford from Pollyanna, and Gen. Omar N. Bradley from Patton.

He was the antithesis of a Hollywood star. A private family man, he was married to Mona Greenburg in 1938 in one of Hollywood’s longest marriages. He was soft spoken and looked like the average blue collar man. He is survived by his wife, two daughters, three grandchildren, and four great grandchildren.