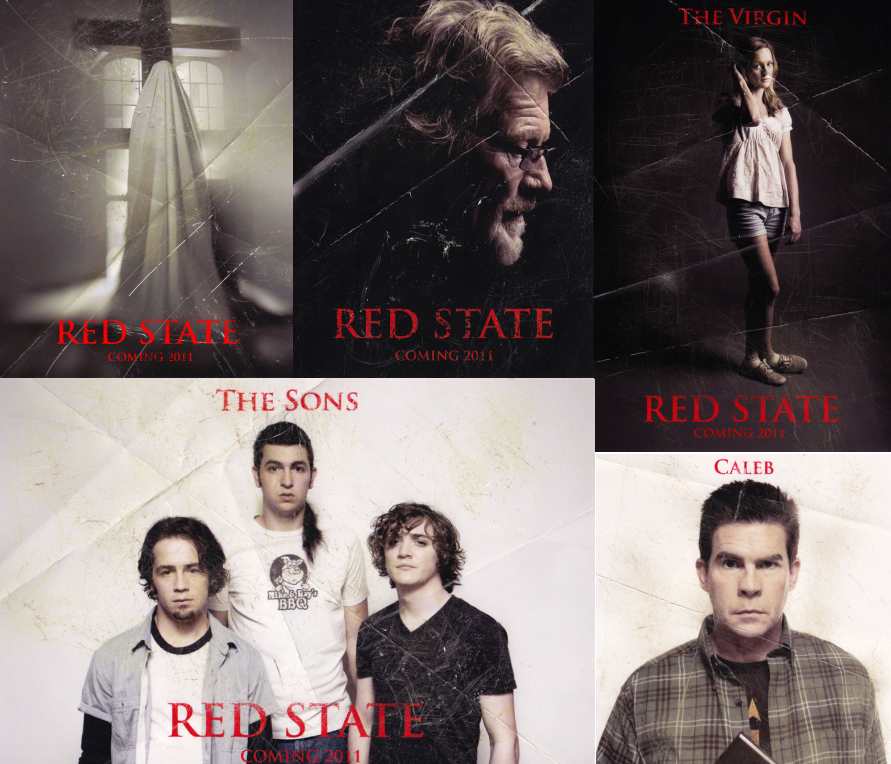 Red State had its World Premiere at the Eccles Theatre at the 2011 Sundance Film Festival where director Kevin Smith was auctioning his film after the screening. After a 30 minute long rant about his problems with distribution companies, Smith announced his plans to distribute Red State himself. The plan is to take the movie on the road and spend as little as possible on advertising, while personally talking to exhibitors about showing the movie in their theaters, locations, etc. Red State was reported to cost $4 million to make, and Smith doesn’t see a point in spending another $20 or so million to promote the film.

“Selling my film would be like having a baby and then selling it to somebody else to raise,” Smith said. Smith then announced that he would auction the film off, but said “I can’t speak for the movie by myself, I’m not the only one. I’m just the writer/director. I would like John Gordon to come up here real quick.” Producer John Gordon took the stage, announced the beginning of the auction, and Smith bid $20, at which point Gordon declared it “Sold!”

Smith later announced that the film would be self-released under the Smodcast Pictures as early as October 19th 2011 (the 17th anniversary of Smith’s feature debut Clerks). After he explained that he will be taking the film on the road to several major cities – caling it the “Red Sate USA Tour”, The tour will begin on March 5th 2011 with a showing at Radio City Music Hall in New York City.

And finally the writer/director claims Red State will be his second-to-last film that he will ever direct with plans to focus solely on producing and distribution. His final film will be his hockey comedy titled Hit Somebody.