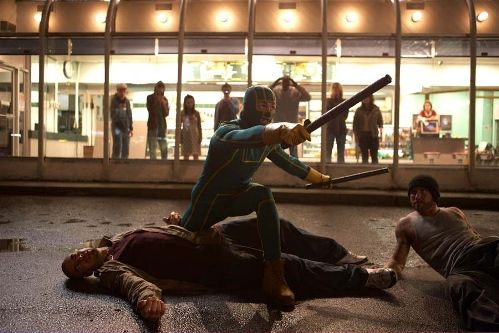 I have collected the “Kick Ass” comic since it was released but in all honesty I think it is quite overrated. I am not sure how I feel about a movie based on a comic with less than ten issues released. Not to mention that each book is so short, it takes up not more than five minutes of your time to read each issue. What’s more disappointing is the international trailer doesn’t show much of anything that we haven’t already seen in it’s original American trailer. At this point I think it’s safe to bet that based on either trailer, Kick Ass will be just another disappointing comic book adaptation.